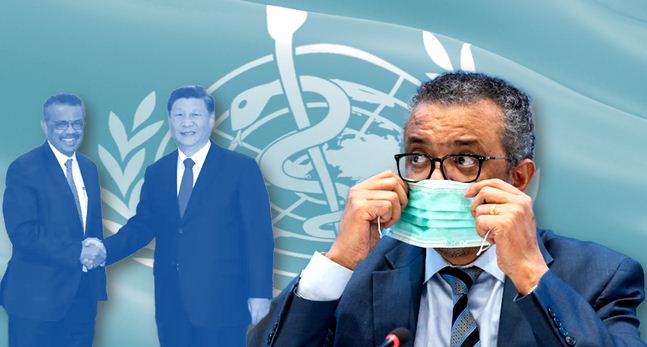 Since the pandemic started, the World Health Organization has been rated as redundant by people across all spheres of life. It has completely failed in all of its efforts during the COVID pandemic. Despite being the specialized agency of the UN responsible for international public health, WHO has completely lost its credibility.

In a recent development, the WHO has announced that it will be bringing together all of its members to develop a “trust framework” that would allow countries to verify whether vaccine credentials are legitimate. According to WHO officials, the organization wants to convene member states and leaders of COVID-19 immunization credential technology groups to recognize different vaccine certificates across nations and regions. The program to execute this plan by WHO is known as Vaccination Credential Initiative (VCI).

Also Read: Amid WHO’s flip flops, reports about sold out investigators and infighting, experts around the world point at WHO’s fraud

Why does WHO want to do this?

According to the organization, this effort would aid international travel by allowing proof of vaccination to be more easily shared and verified. As many countries and regions have different standards for proof of inoculation, it happens to confound travellers and officials by large.

The officials say that the move would be the most significant coordinated international push to enable interoperable credentials among nations and regions. But, many countries have unofficially opposed the technology and have shown hesitancy towards its implementation.

The top officials at the organization are also planning a series of amendments to the International Health Regulations (IHR) that governs WHO. These amendments (if implemented) would require swift action by countries and the WHO during an emergency and give the WHO greater powers to act during a crisis.

The WHO, through the new trust framework known as VCI and the amendments in IHR, wants to increase its power over its members. It wants to overshadow the domestic authority of its member states during any emergency. This goes against the concept of sovereignty.

The fear of the countries opposing this step is that if WHO gets enough power while remaining a puppet organization of the US and China, it would prove to be extremely dangerous and bring in concerns regarding the sovereignty of other countries. It would also act against the interest of the local industry in these countries.

WHO would be able to force its own immigration rules over any of its member states and overshadow the national immigration rules of that particular country. WHO will also be able to control the total circulation, supply, manufacturing and distribution of vaccines from every member state across the globe. That would be like total control over the supply chain of this sector.

It is the bad track record and the lost credibility that raises doubts on any of the actions that WHO indulges in. It is just to save its influence and funding from going extinct that the WHO is pushing for amendments in IHR and bringing the new VCI framework.