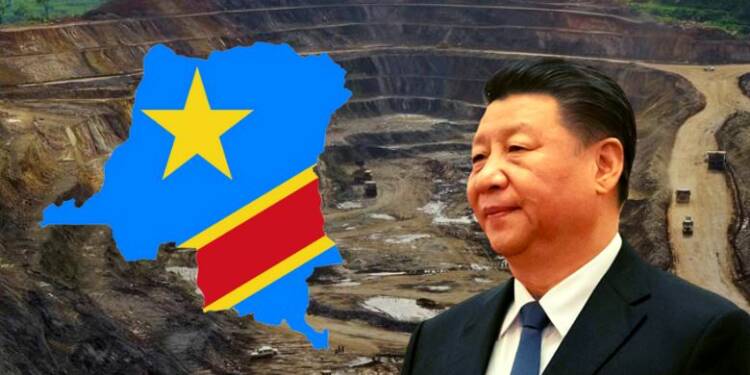 A court in the Democratic Republic of Congo (DRC) has side-tracked a Chinese company from the Tenke Fungurume mine. The Chinese company, China Molybdenum, stands sidelined for at least six months from the mine which is the second-largest source of cobalt in the world.

Read more: The Chinese are being hounded, abducted and chased out of Congo

Why is this significant?

The Tenke Fungurume mine is one of the world’s largest copper and cobalt mine. For China, its ownership mattered because cobalt is a key component in electric vehicles. It is essential for extending battery range and is presently trading at a three-year high.

China obviously wanted to use Congolese cobalt for bolstering its own EV sector.

Why has the DRC court sidelined the Chinese company?

The latest ruling originates out of a dispute over payment of billions of dollars that the DRC government claims China Molybdenum owes to it.

The Chinese government had financed China Molybdenum in its efforts to purchase the Tenke Fungurume mine in 2016.

Things were going alright till NYT reported in November 2021 that employees at the mine were facing work safety issues under Chinese ownership. There are also allegations of workers being assaulted and bribed to conceal accidents. The Chinese company denied those allegations.

Allegations of cheating the DRC government

Later, Congo’s president, Felix Tshisekedi, constituted an investigation commission for probing the allegations that China Molybdenum might have cheated the Congolese government with respect to royalty payments from the mine.

The Congolese state-owned mining enterprise, known as Gécamines, claims that China Molybdenum failed to declare hundreds of thousands of tons of copper and cobalt reserves buried at the site. The agency therefore claims that it stood deprived of annual payments which are to be made on discovery of new reserves.

Finally, the case went up to the Commercial Court of Lubumbashi. Gécamines is looking for removal of Chinese management of the mine and seems to have succeeded for the time being. A third-party administrator has been given charge of the mine for at least six months and Gécamines has been allowed to retain its 20 percent stake in the mine.

China might get kicked out from the Congolese cobalt sector

Yet, the Tenke Fungurume mine might just be just the tip of the iceberg. Remember, DRC produces  70 percent of the world’s cobalt. It is a critical mineral that should make the African country rich. The DRC is a poor country with a history of a devastating civil war and several years of corruption. Cobalt is the short-cut to its prosperity.

But President Tshisekedi says it has failed to benefit the Congolese. Why? Well, 15 out of Congo’s 19 cobalt-producing mines were either China-owned or had a Chinese stake. No wonder, a vast majority of the cobalt produced in Congo flies out to China and gets used in making Chinese EV batteries.

Now, the Congolese government has had enough of Chinese interference in the cobalt sector.

Read more: China has been trying to cash in on Congo’s Cobalt reserves, but its new President has shown Xi Jinping the door

Congolese officials are now conducting a broader examination of deals signed with Chinese-backed mining companies. This comes after complaints of unfulfilled promises to Congo.

The DRC is thus very clear about one thing- it is the Congolese who should benefit out of Congo’s mineral wealth. The Chinese, on the other hand, should be ready to get kicked out of the country’s cobalt mines.