Trump will come back in 2024, and newly-minted global relations are bound to change 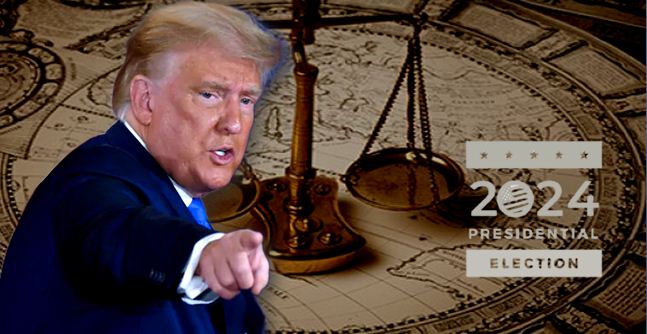 Joe Biden has not even completed half of his term in office but has succeeded in turning the world into an inferno as well as jeopardizing the unipolarity of the USA. Under the leadership of Donald Trump, the US along with its allies was focused on China, the country that has the ambitions to replace the US as the sole superpower. It was President Trump who reinvigorated the Quad and coordinated with US allies to contain China.

Be it the trade war, irresponsible behaviour that led to the pandemic or calling out the colonial tendencies of the Belt & Road Initiative, the Trump administration was at the forefront of calling out the evil designs of Beijing. However, for Joe Biden and the democrats, following Obama-era policies and filling their coffers with Chinese money is more important than the international position of the United States. His administration has singlehandedly changed the entire course of US foreign policy and replaced Communist China with Russia as the greatest evil on the face of the earth.

Take for example the ongoing crisis in Ukraine. The countries that were previously hounding China for its expansionist ambitions in the Indo-Pacific are now going all guns blazing against Russia. For example countries like Japan, Australia, Singapore, Canada, the UK as well as the EU member nations have announced sweeping sanctions against the Kremlin.

Not only this, the countries like India and the UAE are being increasingly forced to go hard on Russia. And punish Putin only to please the US-led western order. Even China which was once considered the BFF of Russia has also distanced itself from Russia’s invasion of Ukraine and has imposed informal sanctions on its energy sector.

China, due to its ailing economy needs auspices from the US to bounce back. It has suddenly left Russia in the lurch to shore up its economy and make the best out of Russia’s miseries.

But these golden days of the newly minted alliance between the US and China may not last for a long period. China’s fortunes are secured only as long as Democrats remain in power. And once they are replaced by Trump, this precarious world order will instantly come crashing down.

Recent polls and the endorsement of Donald Trump

From the results of a recent poll, a majority of Americans believe that if President Trump had been re-elected, Russian President Vladimir Putin would not have invaded Ukraine. According to The Hill, a poll released Friday by the Harvard Center for American Political Studies (CAPS) and Harris Poll indicated that 62 per cent of Americans believe that if it was for Trump at the oval office, Putin wouldn’t have fired a single shot.

Now we know that Trump hates the CCP more than anything else. And as soon as he takes over the White House in 2024, he is bound to revive the anti-China campaign that he initiated back in 2016.

In a matter of a few months, China will again become the number one enemy of the world. The Trump administration will not pay any heed to the petty disputes of Africa and the Middle East.

The US under Trump will shift all its attention to contain China and punish each of its allies. China will soon find itself in a tight spot, given its open betrayal of Russia during the Ukraine crisis.

The Trump administration may even strive to reach an understanding with the Kremlin to take on the communist giant together. We know Russia and China are no allies or partners. Russia is already hunting for the best opportunity to take the CCP down and a staunch anti-China administration in the White House will provide it with the best opportunity to consolidate its anti-China efforts.

As soon as the Trump administration will begin cracking its whip on China, the countries that are now rallying behind the Biden administration in its anti-Russia campaign, will be forced to shift their attention back to Beijing. We saw how the Trump administration punished every country that had strong trade ties with China during its tenure. Countries were given the choice to either support China or the US. Bystanders squarely got sidelined and China soon saw its export-based economy sinking.

History is going to repeat itself once Trump comes back to power in 2024. The nations that are today cosying up China will soon find it perilous to continue with their blunt China policies. And this is how a new world order will emerge where Russia will have harmonious relations with the US and China will find itself ostracised on the world stage, with no allies to bank upon.