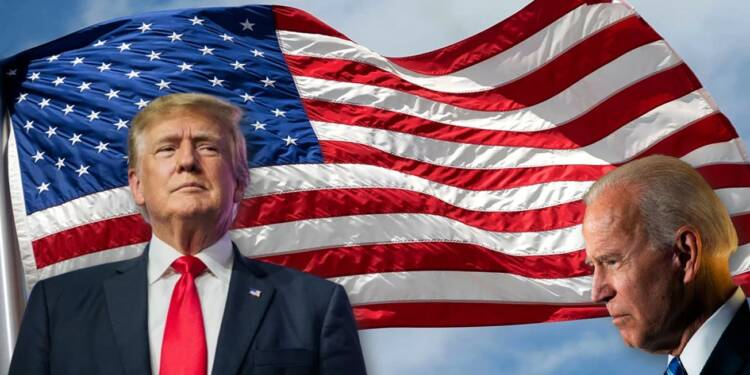 Democrats are faced with the possibility of experiencing a rout in this year’s midterm polls, to be held in November. Already, the Senate is equally divided between Democrats and Republicans in a 50-50 share, and Democrats lead the House by merely 10 seats. Republicans require only six seats to flip the House of Representatives. That is how easy it is going to be for the GOP to throw Democrats out of the House in a close fight. But you see, the fight is hardly close. In fact, the midterm polls, by Democrats’ own admission, are going to be a catastrophe that the blue party has not seen in a long while.

To top it all, former President Donald Trump has begun haunting Joe Biden and his administration. As a direct implication, Democrats are shivering with fear too. Speaking at a rally in Texas, Donald Trump said Republicans would investigate Joe Biden for corruption if they retake Congress in the midterm elections.

Also Read: 50 reasons why Donald Trump is coming back to power

Trump said, “Biden has the real scandals. And rest assured, when the Republicans retake Congress, the Biden corruption will be investigated and exposed by Congress. We are going to start by ending Nancy Pelosi’s political career once and for all. We’re going to kick the Biden crime family out of the White House in 2024!”

The former president also said, “In 2024, we are going to take back that beautiful, beautiful house that happens to be white—that is so magnificent—and that we all love.”

Americans right now are full of rage against Joe Biden and his nasty White House empire. Inflation is soaring, crime is at an all-time high, grocery store shelves are empty, and Americans are experiencing supply chain issues of the worst kind. Covid-19 continues to remain a big cause of concern, even as Biden has failed on his promise to ‘heal’ the country. Vaccine and mask mandates have annoyed Americans, while the people also can’t seem to forget the embarrassment Biden caused them in Afghanistan.

Now, Joe Biden is inkling for a war with Russia to stave off a domestic outburst of anger against him. Americans see it all, and they are angry.

Donald Trump knows many secrets. He knows about all the dirty deals that Joe Biden and his son Hunter have made over the past many years. He knows about their connections to China. And Trump also knows that the Biden administration is incredibly corrupt. So, by promising to act tough against the Biden administration’s corruption once the Republicans take full control of Congress, Trump is ensuring that the people of America are motivated enough to make Democrats lose this coming November.

Once Republicans manage to get hold of Congress, the clock will start ticking for Biden’s stay at the White House. Democrats unleashed a malicious campaign against Donald Trump when he was President, and brought in impeachment charges against him twice in four years. Soon, it will be the GOP’s turn to get even – and they will have more than sufficient cause to kick Biden out of the White House.

Joe Biden is a disaster as President, and Republicans will not think twice before impeaching him once they have the numbers within Congress. A survey released on Wednesday by Rasmussen Reports and The National Pulse found that 54 per cent of likely voters believed Biden would be ranked one of the worst U.S. presidents in history.

Democrats Sure of Getting Routed

According to the New York Post, House Democrats are losing sleep that the looming midterm elections could be a wipeout and will grant Republicans firm control of the chamber. Several insiders that the Post spoke to say the situation seems grim and goes beyond the normal historical headwinds that typically beset a president’s party during midterms.

Also Read: The results of US mid-term polls are out before elections

One Democrat said, “If we don’t fix things now, we will get mauled in November.”

Therefore, an anti-Biden crackdown – led by Donald Trump himself is now imminent. All that Americans need to do now is ensure that the GOP takes control of Congress this autumn.