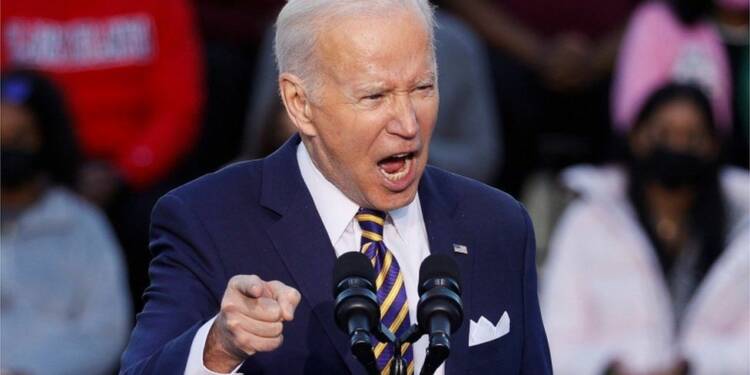 If the US midterm elections to be held later this year were meant to be a judgment on Joe Biden’s performance, then he is heading towards an upsetting verdict.

The Democratic Party is in the middle of a wave of retirements. Ahead of the 2022 midterm polls, 29 House Democrats have announced that they won’t seek re-election.

They are quoting different reasons for not contesting. Rep. Jim Cooper (D-Tenn.) blamed redistricting for his retirement decisions, like some other House Democrats. California Rep. Lucille Roybal-Allard, on the other hand, cited spending “more time with my family,” as the reason for backing out.

Is there an internal rift in the Democratic Party?

The most honest opinion however came from retiring Rep. Cheri Bustos. The Democrat blamed his party colleagues and said that some of them weren’t “team players”.

Bustos may have exposed an internal rift within the Democratic Party over the approaching midterm polls. But why exactly are Democrats ducking the upcoming contest? Camille Gallo, a spokeswoman for the Republican Congressional Campaign Committee, seems to have understood the reason.

She said, “No one wants to run on Democrats’ radical agenda of violent crime, open borders, and skyrocketing prices.”

Democrats distancing themselves from Biden

For many Democrats wanting to contest the midterm polls later this year, Biden is the biggest burden that they want to distance themselves from.

Biden’s first year as the US President has turned out to be pathetic. He has failed to control the Pandemic and has virtually ended up surrendering America’s global leadership role.

Read more: Biden-Trudeau kneel before Xi Jinping as Meng Wanzhou has been released

In fact, his approval ratings have plunged to new lows. According to the latest opinion poll, 56% of Americans disapprove of Biden’s performance as the US President. Only 28% of Americans want him to run for re-election in 2024. And only 48% of Democrats are backing him for re-election.

So, Biden is the single biggest factor that is likely to make Democrat candidates lose the midterm polls.

Earlier, Georgia Democrat Stacey Abrams, a leading governor hopeful, too had avoided appearing with Biden. He too had cited a scheduling conflict.

Democrats are finding subtle excuses to distance themselves from President Biden. However, Texas Democrat Beto O’Rourke was a lot blunter.

In an astonishing statement to reporters, the Texas Democrat said that he is not interested in receiving any sort of assistance from US President Joe Biden nor Vice President Kamala Harris to help in his run for governor post.

Distancing themselves from Biden and his pathetic performance won’t help the Democrats. Their party had backed him for the top job and now they cannot dissociate themselves from the 79 years old man, no matter how hard they try.

Meanwhile, Biden himself is making some rather defeatist remarks. Recently, he claimed that the results this November “easily could be illegitimate”. He also said, “I’m not going to say it’s going to be legit”. Biden knows that Democrats are going to lose and they will blame him for their poor electoral show. So, he is already discrediting the electoral process in advance.

The midterm elections are still several months away, but the results are out already and this isn’t good news for the Democrats.