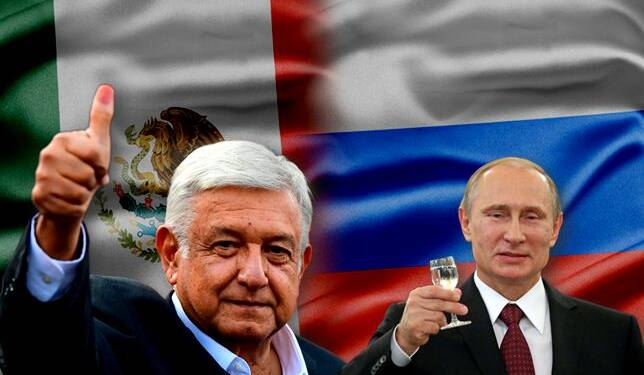 The president of Mexico Andrés Manuel López Obrador recently made it clear that his government will not impose any sanction on Russia. The president cited a guiding principle of nonintervention in foreign affairs to justify his stance.

Obrador shuns the US for Russia

Obrador was quoted as saying by CNN, “We do not consider that it corresponds to us, and we think that the best thing is to promote dialogue to achieve peace.” López Obrador added that “we want to maintain good relations with all the world’s governments, and we want to be in a position to be able to speak with all parties to the conflict.”

Apart from that, the Obrador administration also steered clear of censoring Russian media outlets. The Mexican president said, “we can’t be speaking of freedom and at the same time limiting freedom of expression.”

Mexico’s position on the Russia-Ukraine war is in stark contrast to that of the US and Europe. The US has not only imposed economic sanctions on Russia but also has pressed its allies and partners to follow the suit. Interestingly, Brazil, another Latin American democracy, has also refused to toe the USA’s line on the Ukraine crisis.

Read more: Without Trump in the White House, Mexico and Canada take the US for a ride

This is alarming for the US that its arch-rival enjoys a hefty diplomatic cachet in the USA’s immediate neighbourhood. Mexico is willing to bolster its defence ties with Russia but has always faced stiff resistance from the US.

For instance, when Russian foreign minister Sergei Lavrov revealed in Feb 2020 that Mexico was close to ink a deal worth millions to buy a batch of Russian-made military helicopters, the US was quick to threaten Mexico with sanctions.

Tensions in the Mexican-US ties

In 2017, Hugo Rodríguez, the then-Deputy Assistant Secretary of State for Western Hemisphere Affairs had made it clear that acquiring Russian weapons from Russia could trigger CAATSA sanctions on Mexico. Following this threat from America, Mexico had to publicly denounce this deal.

And then the relations between Mexico and Russia got worsened during the Biden administration when the immigrant crisis on America’s southern border sent the Latin American country into a tizzy.

In March last year, Obrador had categorically blamed the Biden administration for the mess at Mexico’s northern border by saying that “Biden had encouraged the migrants to set sail for the US by creating expectations that they will be treated better by the new administration.”

All in all, the Mexican government has always looked askance upon the way the Biden administration has treated the bilateral ties with Mexico. And the country’s disillusionment with the US government has now come to the fore during this ongoing crisis in Ukraine. Mexico has sent out an alarming message to the Biden administration that stoking tensions in Russia’s neighbourhood comes at a cost and that may even result in Russia wielding a great amount of influence over countries lying in the USA’s backyard.