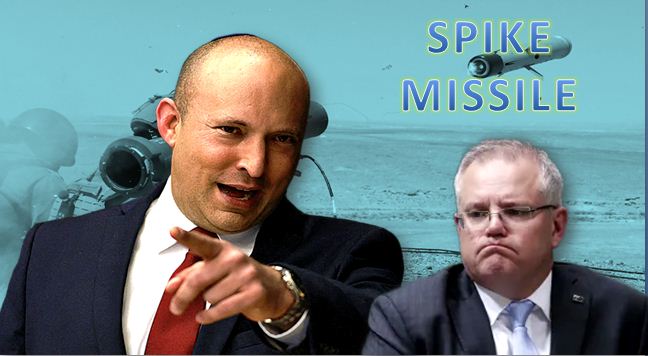 The ongoing Ukraine – Russia war has been seeing the shades of catastrophe for over a week now. The Zelensky administration and the Ukrainian military were ill-prepared for any such Russian aggression. They underestimated and miscalculated Putin. They were also wrong in their projections about how to handle the situation after an invasion happens.

The war exposed that the Ukrainian military not only lacked proper planning but also severely lacked weapons and ammunition to fight against the Russian forces. Recently, in one of his televised addresses to the world, Ukrainian president Zelensky said, “The fight is here; I need ammunition, not a ride”. This was in response to the US offer of evacuating president Zelensky two days after the Russian invasion.

Reacting to the message of Zelensky, many countries including European giants agreed to provide the ammunition and weapon supply to Ukraine. Jumping into the bandwagon, Australia too, announced that it will be supplying arms and ammunition to Ukraine to help fight the Russian inflicted war.

The most lethal armament that Australia proposed in its list of military aid to Ukraine was Spike missiles. Australia had plans to send these deadly missiles to Ukraine, alas, they had a technical snag, the missile was not built yet.

What are spike missiles?

Spike is an Israeli fire-and-forget anti-tank guided and anti-personnel missile with a tandem-charge HEAT warhead, currently in its fourth generation. It was developed and designed by the Israeli company Rafael Advanced Defense Systems.

In addition to the man-portable version it also has longer range variants (Spike LR2) that can be installed on vehicles (combat reconnaissance vehicles), helicopters, drones and even small warships.

What did Australia say?

In a recent announcement, Australian Prime Minister Scott Morrison stated that Australia will now provide weapons and military assistance to Ukraine. He said that Australia is working through the details of the military support and weapons supply plans with its partners.

Rafael Advanced Defense Systems is an Israeli state-owned company. In December, as Russian forces began massing along the Ukrainian border, the Israeli MoD sent a message to nations that import Israeli weapons. It stated that if these countries ask Israel to transfer weapons to Ukraine, they will be firmly denied. It was an almost unheard-of preemptive denial, driven by Israel’s need to balance its relations with Russia.

Like the US, Israel puts strict “end-user” regulations on weapons sold abroad, which legally restrict the ability of the buying nation to send the equipment to a third-party nation without permission from the OEM. The preemptive move from Israel was driven by a belief that Ukraine would seek to lay hands on the Spike anti-tank weapon in case of a war.

Israel-Ukrainian relations are overshadowed by the Israeli interest in keeping a good channel with the Kremlin, thereby helping Jerusalem to operate in Syria against the Iranian move to ship weapons systems to Hezbollah in Lebanon. The threading of the needle by Jerusalem was on display during a December visit to Israel by Ukrainian Defense Minister Oleksii Reznikov, which was reportedly kept low-profile at the request of the Israeli government.

Explaining the issue, a senior Israeli defence expert said, “Every type of indirect intervention in this crisis can harm the special relations between Jerusalem and Moscow. Everything that has even the slightest connection to the situation in this part of the world, should involve a very high-level consideration of the potential implications”.

While Israel maintains political relations with Ukraine, it has not sold the country any weapons in the last decade. Israel needs to balance its political ties to both West and Moscow.

Israel has supported Ukraine through medical and humanitarian aid and supplies. However, if it permits Australia to supply Ukraine with Israeli weapons, that would tarnish Israel’s association with Russia. And that would invariably cost extreme loss to Israel’s interests in Syria. It is quite clear that Israel wants to play neutral in current Ukraine – Russia conflict and thus it has vetoed the Australian plans to send Israeli Spike missiles to Ukraine.