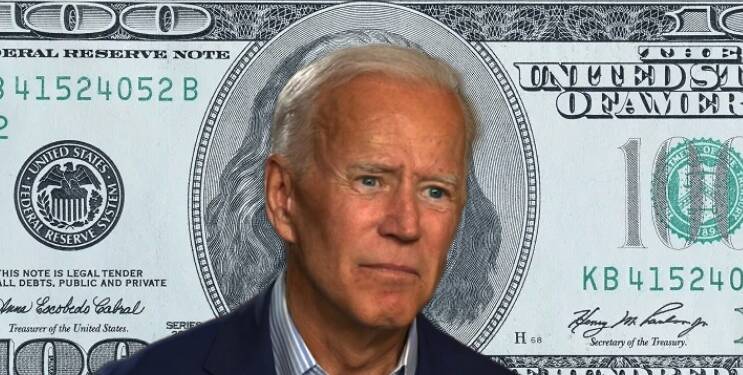 In a retaliatory move to the Russian invasion of Ukraine; the US, the EU and other western economies have imposed stiff sanctions on Russia’s central bank. The sanctions have cut off key Russian banks from the SWIFT payment system, a move that has effectively locked Russia out of the western financial system and left its vast oil export industry in limbo.

This is the first time that the global reserve currency (US dollar) has been weaponized against a G20 economy, setting a clear precedent for how the west could respond to any adversary at its will and cripple its economy in no time.

Also Read: Biden’s mad rush to punish Russia will ensure that China’s Yuan will dethrone US Dollar for global trade

The western sanctions against Russia

Indeed, this move by the West will bear short term ramifications for the Russian economy. For instance, Russia had spent the last seven years accumulating foreign reserves to insulate its economy from further sanctions since the 2014 annexation of Crimea.

Russia’s holdings of foreign currency and gold have almost doubled since then, ballooning to $630 billion today from $368 billion seven years ago. But now Russia can’t access half of its own reserves since the money is parked in foreign nations that Russia can’t access due to its removal from the SWIFT payment system.

According to experts and analysts, the move will cause a huge blow to Russia’s economy, but it will also lay the tombstone for American dollar hegemony around the world.

The western sanctions on Russia are bound to backfire

You see, contrary to what the Western media propagates, Russia is anything but an isolated economy. Nations like India and China have already set up their alternative payment system in place to deal with any such crisis.

Adding to that, Russia always has the luxury to use cryptocurrency as its escape hatch during this crisis. SWIFT ban has already set a surge in the demand for an alternative payments system in motion, and Bitcoin has emerged as a clear winner of this shift.

Bitcoin has soared from around $34,000 to almost $45,000. CoinDesk recently reported that trading volumes between the Russian ruble and bitcoin increased to a nine-month high as the country’s fiat currency plunged to record lows.

Now, this development is alarming for the US in two ways. First, it has shown the world that US dollar hegemony is not invincible and can be replaced with other viable options. It will weaken the American dollar’s global clout.

Second, this has already raised red flags in nations like India and China. Russia’s removal from the SWIFT has laid bare their vulnerability to bullying by the US.

This has further encouraged China to strengthen its own Cross-Border Interbank Payment System (CIPS), which settles international claims in Yuan and can potentially run its own messaging network.

And then we have India, which has already started cancelling the West’s sanctions on Russia by providing it with the Indian government-backed alternative. India is working to soften the sanctions blow by exploring ways to set up a rupee payment mechanism for trade with Russia.

Read More: Under Biden, the US is generously pumping dollars into the Chinese economy and keeping it alive

As we know, 40% of the international payments market is currently dominated by the American dollar and it would be a tedious task for any nation to counter the dollar’s hegemony in a matter of months. But, in a long enough timeline, the US will only see the dollar clout getting weakened year by year.