Chinese insurers could go bankrupt due to the Russia-Ukraine war 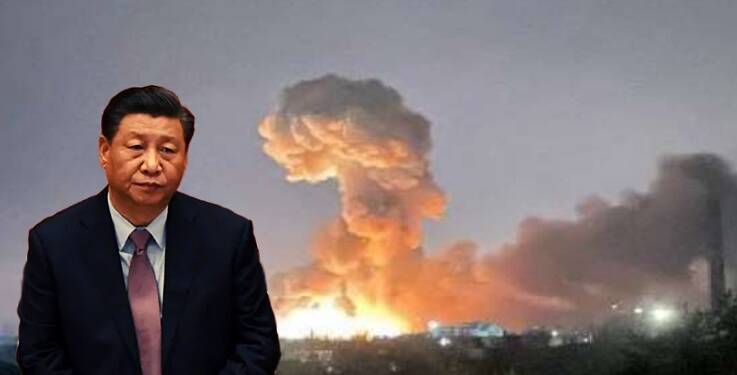 China’s state insurers could soon be going bankrupt. Why? you might ask? Well, as we all know, the Crimean annexation of 2014 really brought Moscow and Beijing closer. Their economies and financial systems have a large exposure to each other. Now, with the Russians mounting an invasion of Ukraine and the West slapping Moscow with sanctions, that kind of financial exposure is sufficient to wreck Beijing. You see, China knows it is in a very precarious situation. It cannot openly shun Russia despite Xi Jinping desperately wanting to.

According to the Reuters report, one of the regulatory authorities has asked a state-owned insurer to “urgently” check and report projects “involved in dealings between Ukraine and Russia”. Another company received an urgent directive from the regulator this week to check the firm’s exposure to the two countries and submit a report by Friday.

Interestingly, the insurers that have been told to conduct the reviews are maintaining an eerie silence, and so are China’s regulators. What this really shows is that their speaking could make things much worse than they already are. Efforts seem to be afoot to minimise knowledge of China’s exposure to Russia. That, however, will not actually cut down China’s exposure to the sanctions-ridden economy of Russia.

The CCP has therefore descended into a phase of wishful thinking, where it considers hiding its exposure to Russia as the best bet against suffering severe losses due to its insurers’ involvement in Russia. Chinese companies have widespread interests in Russia. These are in turn, insured by state-owned insurance companies. Therefore, an unwinding of such insurance firms could have a cascading effect across China’s business institutions.

Regulators have also asked about Chinese state insurers’ exposure to debts of Russian state-owned enterprises or sovereign debt; apart from calling for details of involvement in sensitive industries such as oil and gas, coal mining or processing to be reported.

The scope of the review also includes territories in Donbass region of Eastern Ukraine that are claimed by Russia.

Read more: Russia used the Ukraine crisis to demolish the Chinese BRI and develop its own Northern Sea Route

In a development that has brought to light the deterioration of ties between Russia and China in the backdrop of the invasion of Ukraine, a China-led development bank has suspended all business with Russia and Belarus. The Asian Infrastructure Investment Bank (AIIB) said it put all activities related to the two countries on hold in light of “the evolving economic and financial situation”.

You must remember that the war in Ukraine has cost China a $75 billion BRI project across Eurasia. That was only the beginning of financial costs which are to be incurred by China due to Russia’s offensive in Eastern Europe.  Beijing realises that the war in Ukraine is having unforeseen economic consequences for the Chinese economy and interests. The review of state insurers’ exposure to Russia, therefore, is a way for Beijing to get wind of what kind of losses it should expect in the foreseeable future.

If the exposure of such insurers is very large, they will end up going bankrupt.