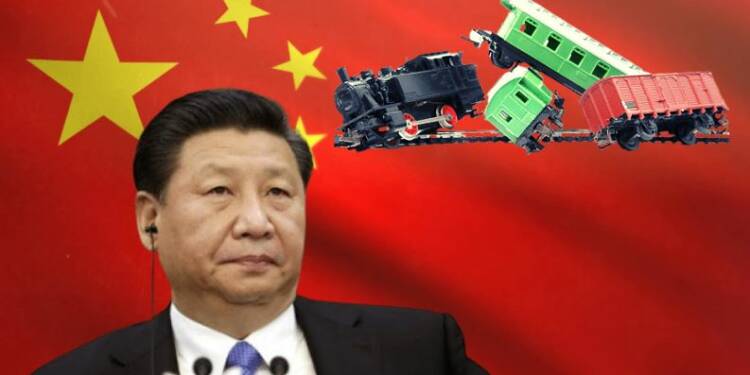 China is an ally of Russia? No way. In fact, given how much the invasion of Ukraine is about to cost China, I’d say China is all set to sever ties with Russia. You see, Vladimir Putin has not just waged a massive war on Ukraine. He has also killed China’s geopolitical ambitions in Europe. Want to know how? Let me explain.

China loves its Belt and Road Initiative. For Beijing, BRI serves as a tool of neo-colonialism and geopolitical expansion. China has been eyeing the European market for many years now. And just when Beijing was beginning to earn big money through trade with European nations – Russia decided to kill the Eurasian BRI project as a whole.

The New Eurasian Land Bridge is railway corridor that crosses all of Eurasia — running through Kazakhstan, Russia, and Belarus. It had become an important branch of the Belt and Road Initiative (BRI).

According to Foreign Policy, in 2017, around 40 freight routes connected China to Europe. Today, the number has almost doubled to 78 lines, reaching 180 cities in 23 European countries. With the expansion of the freight corridor, the value of goods transported by these freight trains skyrocketed too — from $8 billion in 2016 to $75 billion in 2021.

Do you know the value of goods transported through this corridor just before the pandemic? $50 billion in 2020. Therefore, the trend was ascendant, and rose by 50 per cent during the pandemic alone.

In the next few years, the corridor would have helped China trade in goods close to $100 billion with Europe. But those plans now stand demolished. Guess why?

Well – the war in Ukraine has brought the curtains down on China’s BRI projects in Europe. You see, the West has sanctioned Russia. Now, any goods passing through Russia stand the risk of not being allowed circulation in European markets. Companies like DHL, Volvo Cars, or Ligne Roset may no longer be allowed to or may choose to no longer ship goods via Russia.

Here’s the thing with the New Eurasian Land Bridge. It passes through Russia. And it’s not like China can realign the corridor. A massive chunk of the project lies in Russian territory! What this means is that any goods transported via this corridor will no longer be attractive for Europe.

The Impact on China’s Economy

In 2020, net exports contributed the largest share of Chinese GDP growth since 1997. China’s exports grew by 29.9 percent in 2021 from the previous year. A major chunk of such exports was made through the fright corridor that passes through Russia, which has now been rendered useless.

Basically, Chinese exports are about to suffer big time. Therefore, the fall in exports will ultimately end up bringing down China’s rate of economic growth. With such a drop – China’s dreams of replacing the United States as the world’s biggest economy will keep going awry.

And this is just one aspect of the problem plaguing the BRI project across Eurasia. The other side of the story is that the New Eurasian Land Bridge runs through a potential conflict zone. There is a high likelihood of the current conflict having precipitating effects all across Eastern Europe. The corridor could even witness physical damage.

All in all, China has been dealt a severe multi-billion-dollar blow by Russia in Eurasia.