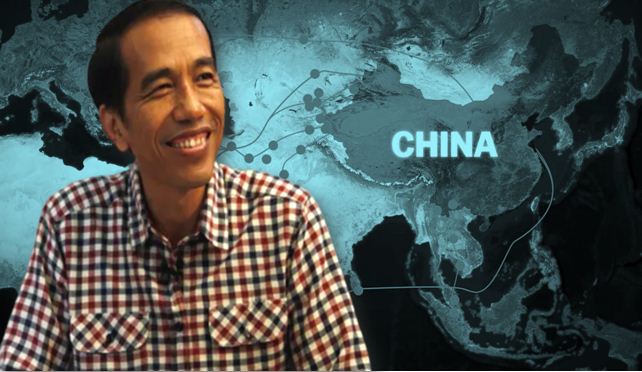 After having been rejected and snubbed over the world, China’ BRI ambitions have taken yet another hit. China – which was once very enthusiastic about colonising several countries, today stares at the prospect of not being able to recover the large amounts of money it has put into BRI projects in Southeast Asia. In a development that speaks to the abject failure of the CCP’s neo-colonial plans, Indonesia is at the cusp of destroying a Chinese-funded BRI project in Jakarta. Indonesia has always played it smart with China. The collapse of CCP’s fortunes in Indonesia has been caused by one simple decision of the Indonesian government. It is the shifting of the capital city from Jakarta to Nusantara. Now, according to Nikkei Asia, a high-speed rail project which is infested with Chinese involvement stands at risk. With construction already well behind schedule and with billions of dollars over budget, the company behind the Chinese-led effort is warning that the 142-km rail link could take twice as long to break even. The high-speed rail line intends to connect Jakarta with Bandung.

This implies that it would now take over 40 years for the rail project to reach a stage where its expenses and revenues become equal. Until then, the cost of operating the rail line will far outweigh any revenues. The Indonesian government’s decision to shift the capital city from Jakarta to Nusantara has therefore come as a surgical strike on China’s BRI project.

How Indonesia Pulled a Fast One Over China

The rail project is nearly 80 per cent complete and is expected to launch services by 2024. However, in the next two years, there is a high chance that Indonesia will pull the plug on the project due to its improbability concerned with completion. You see, Jakarta is expected to be submerged underwater by 2050. If the break-even period of the project is 40 years, it would mean that the railway project will enter a phase of profiteering only after Jakarta is completely submerged. All the action will soon be shifting to Nusantara. There is also a chance that China itself will abandon the high-speed rail project in Jakarta – because it has been building a loss-making machine since 2016.

When the project was awarded to a Chinese consortium in 2015, construction was to be completed by 2018, with Indonesia chipping in no money or financial guarantees. Indonesia started contributing public money to the project only recently. So, any financial loss which arises out of the cancellation or abandonment of the BRI project will disproportionately hurt China more than it does Indonesia.

Unless Humans Begin Living Underwater by 2050, the Project is a Non-Starter

The project has cost China over $7 billion. Indonesia seems to have set the perfect trap for China. Surely, the shifting of the capital from Jakarta to Nusantara did not happen at the spur of a moment. It must have taken years of deliberation for Indonesia to decide on the same. Yet, it never informed China about its plans, and the CCP kept pumping money into the rail project which has now become unfeasible.

Read more: How one China-hawk is turning an indifferent Indonesia into a major naval force

A previous study of the project assumed a daily passenger volume of 61,000, while the most recent study pegs the volume at 31,000 passengers using the rail line every day. This is not a volume large enough which can narrow the threshold of the project breaking even. Therefore, Indonesia has just dug the grave of a massive Chinese BRI project in Jakarta.