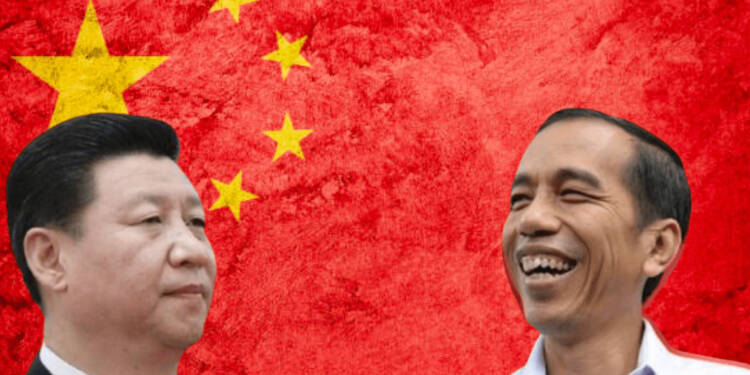 Indonesia, the largest member of the Association of Southeast Asian Nations (ASEAN), has had enough of China’s belligerent approach. It wants to punish China and is leading the drive against it, and in this direction, the country has taken some significant steps. The ASEAN Coast Guard Forum, which convened digitally in October, has asked Brunei, Malaysia, the Philippines, Singapore, and Vietnam to meet next year.

One may have thought, by not flinching on the issue of the North Natuna Sea in front of China, to many other significant yet low key actions there is nothing more the country can do to counter China. However, now Indonesian lawmakers have subtly rejected RECP without any safety nets, as it has become a tool for China’s imperialist goals.

The RCEP eliminates up to 92% of tariffs on commodities exchanged between its 15 members and harmonises various customs, investment, intellectual property, and e-commerce regulations. As a result, some argue that the House of Representatives’ delay deprives Indonesia of the benefits of the major trade treaty, which went into effect on January 1.

The deal includes the ten ASEAN countries, as well as Japan, South Korea, China, Australia, and New Zealand, which together account for 30% of world GDP (GDP). On January 5, several members of House Commission VI, which monitors trade and investments, told the Jakarta Post that their main concern was imported goods and how they would affect local businesses, particularly micro, small, and medium enterprises (MSME).

Many local businesses, particularly MSMEs, may be unprepared to meet new competition and lack the capacity to join global value chains, according to fellow member Achmad Baidowi of the United Development Party (PPP). “[Indonesia] is still seen as a market rather than the one looking for a market. That’s why at every meeting, almost all members conveyed these concerns,” said House Commission VI member Marwan Jafar of the National Awakening Party (PKB) on January 5 as mentioned in reports.

Echoing TFIGlobal’s stance, analysts say the RCEP could strengthen China’s economic grip on the Asia-Pacific, especially after India withdrew from the trade pact in 2019. China has been chastised for its intellectual property policies as well as market-distorting subsidies. Indonesia is not just concerned that RCEP will become a bigger and better neo-colonialist project of China, but it is sure of it. If anything, the country’s recent actions against China are living testaments of this mood.

Indonesia has been getting damn angry about Chinese aggression, of late. Indonesia is not a part of the South China Sea disputes, but Beijing says its “nine-dash” line covers the Exclusive Economic Zone (EEZ) of Indonesia’s Natuna Islands. As mentioned above, Indonesia has recently decided to bring together all anti-China forces. China was already controlling the ASEAN through its longtime ally Cambodia, which is presently functioning as the ASEAN chair. On China’s behest, Cambodia has even allowed Myanmar’s military junta to become a part of ASEAN and carry on its vindictive campaign against former State Counsellor of Myanmar, Aung San Suu Kyi. Cambodia was compromising ASEAN in face of Chinese aggression.

Read more: Is ASEAN headed for a major split right in the middle? Indonesia’s sudden moves indicate so

While we are at it, one should not forget Indonesia’s New Year gift to China. In November 2021, China’s coal imports hit their highest level, as the onset of winter began giving people extreme chills. With the winter season now in full force, Chinese citizens now stare at the prospect of freezing. Indonesia has just put a freeze on all coal exports! The suspension of coal exports will be in force for the whole of January, and may be extended if need be. This is nothing short of a full-blown crisis for China.

All these actions were already hindering the CCP’s plans for the region. Now by rejecting the RCEP till the local economy is safeguarded, Joko Widodo’s government has denied China the most populous market of South East Asia.