For the first time, China explicitly states that China and Russia are not allies 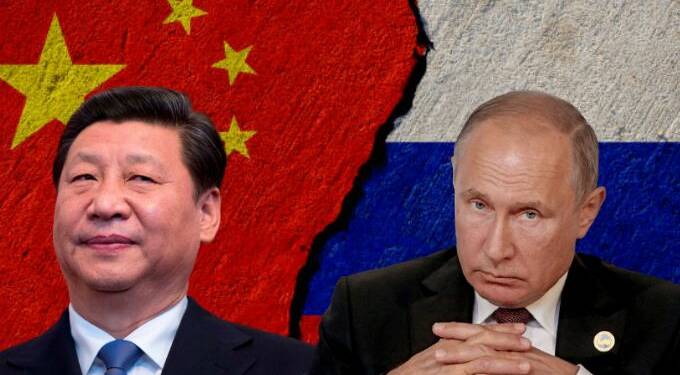 When Putin and Xi were spotted greeting each other ahead of the Beijing Winter Olympics, the two were being described as best friends. You know the idea of a China-Russia axis staying together through thick and thin was being floated around.

But all it took to demolish the myth was the Russia-Ukraine war. China has now admitted that it is only a partner of Russia and not its ally. But why is China doing this? Let’s find out.

Only partners; not allies

A Chinese Foreign Ministry spokesman Wang Wenbin spoke about China and Russia just being “comprehensive strategic partners”. The spokesman made it clear that their relationship features “non-alliance, non-confrontation and non-targeting of any third party”.

A lot of jargons were thrown in. But basically what China is trying to say here is that we are just interested in a relationship of convenience with the Russians. We are not going to back them in a war and we are not going to take on a third party for Moscow.

Wang also seemed to lean towards Ukraine. He did say that Beijing understood “Russia’s legitimate security concerns”. Yet, at the same time, he also said that all countries’ sovereignty and territorial integrity must be respected. When asked if China was trying to play “neutral”, the spokesman said that China was “always on the side of peace and justice”.

But why is China trying to show that it is not Russia’s ally?

Well, despite all the problems between Kyiv and Moscow, Beijing enjoys a good relationship with Kyiv. And it doesn’t want to compromise on that front.

Now, this may not sound significant for a big economy like China. But China has some strategically important investments parked in Ukraine.

Chinese telecom giant Huawei has been rejected by democracies around the world. But Ukraine signed a deal with Huawei to install 4G wireless services in Kyiv metro service. China fears that it may get cancelled if it doesn’t issue a clarification on its relationship with Moscow.

So, billions are at stake for China in Ukraine.

China’s surrender to the West

If losing Ukraine as a trade partner wasn’t enough of a reason, China knows that its relationship with the West too is at stake.

Xi Jinping knows that it isn’t the erstwhile USSR or modern Russia that made China rich. It is the West- the Americans and the Europeans who brought prosperity to China. And if China wants to remain rich, it will have to keep them in good humour.

China had found itself diplomatically isolated. So, Xi sought a photo-op with Putin. That’s alright. But if China has to remain rich, it needs German automobile manufacturers, French perfume-makers, Japanese electronic firms and American consumers. And for that, it has to take the NATO in confidence.

But how can China do it? Well, by telling the West- see Russia is our partner, but not our ally. China is pleading for Western goodwill and is admitting its relationship of convenience in the process.

But will China succeed? Well, no. It will end up angering Putin and the West is not going to come back to China anyway after observing what has happened over the past two-three years.

Top 30 Go with the flow Quotes and Saying