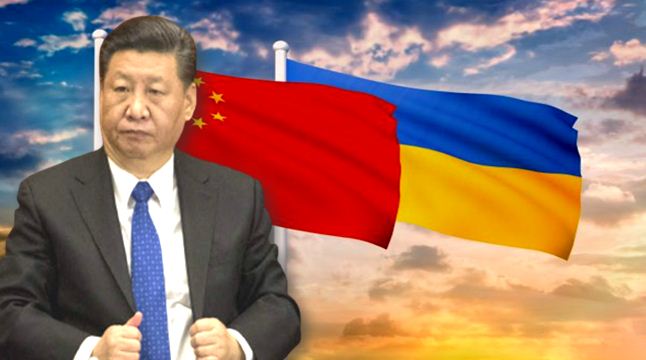 China and Russia are not friends after all. Russian President Vladimir Putin was always using China. The Communist nation’s market standing open to the Russian economy gives Putin much legroom to do whatever he wants in Ukraine. However, Xi Jinping has suddenly realised that the downside of Russia invading Ukraine far outweighs any benefits for him and the CCP. So, China is now calling for peace and urging all sides to maintain calm, and not fire a single shot. Essentially, China is pleading with Russia to not invade Ukraine – yet.

Here’s what Chinese Foreign Minister Wang Yi said during the Munich Security Conference on Saturday: “All countries’ sovereignty, independence and territorial integrity should be respected and safeguarded,” adding that Ukraine is no exception to the principle. Above all, China has said that a Russian invasion would be a violation of Ukraine’s sovereignty and territorial integrity.

Why has China Suddenly Changed its Tunes?

Earlier this month, China and Russia were cuddling each other. So, what suddenly changed? Actually, Russia invading Ukraine, in reality, serves none of China’s many purposes. The threat of Russia invading Ukraine works wonders for Beijing, but Moscow ordering its troops to march towards Kyiv seemingly spoils the party for Xi Jinping.

How often have you been seeing China-related headlines these days? Is China the top international focus of the world right now? I’m guessing the answer to that question is a ‘no’ because all the eyes are fixed towards Russia, Ukraine and Eastern Europe.

That is where China wins. Currently, China is enjoying wide legroom after a very long time. For so long, the democratic world was breathing fire down the dragon’s throat. Suddenly, the focus shifted to Ukraine, and the world became concerned with Russia’s deployment of troops in and around the East European country.

China Wants Russia to Keep Up the Aggression, but not Invade Ukraine

A Russian invasion of Ukraine would be over within a matter of days. Ukraine simply cannot stand a full-blown Russian offensive. It will result in Kyiv being toppled, and the world coming to terms with the new setup in Ukraine within a month.

What after that? The “threat” of a Russian invasion would no longer persist. The democratic world will turn its attention back to China and the Indo Pacific. Currently, Beijing is having continuous field days in the waters of the Indo-Pacific. It is harassing Australian defence aircraft with lasers, violating Taiwan’s airspace and consolidating its hold over the South China Sea.

Domestically, Xi Jinping continues his genocidal campaigns against Tibetans, Uyghur Muslims and Hong Kongers. Essentially, the man is making an aggressive push to secure a third term for himself before the National Congress convenes in autumn this year to decide on his prospect as China’s President.

Xi Jinping best stands a chance to become China’s president again if the world is not looking at Beijing until autumn this year. And that is possible only if Russia keeps the pressure on Ukraine, while not invading it and getting it all over with. It is for this reason that Xi Jinping seems to be sending the feelers to Vladimir Putin to hold off on plans of an invasion until later this year.