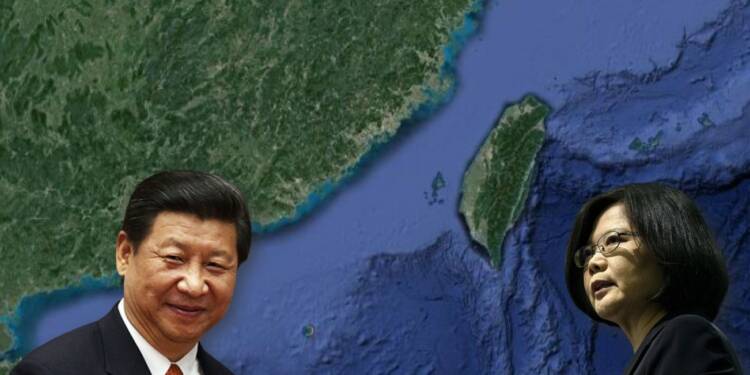 China is playing a mind game. Who is it playing this game with? A couple of countries, beginning with Taiwan, the United States, Japan, Australia, and all others that voice their support for a free and democratic Taiwan to remain sovereign. What is the mind game China is playing, you might ask? Well, for the first time ever, China has laid out a timeline for when it plans to militarily invade Taiwan. What is the year China is looking to invade Taiwan in? It is 2027. Who has revealed so? A senior adviser to Chinese President Xi Jinping. Sounds shocking, right?

Well, it’s not. In fact, all of what this adviser has said is a load of bunkum. Jin Canrong, a professor in Renmin University’s School of International Studies and an influential Chinese academic who advises Beijing on foreign policy told Nikkei recently that “Xi Jinping will employ force to unify Taiwan with China by 2027.”

Jin said, “Once the National Congress of the Communist Party of China is over in the fall of 2022, the scenario of armed unification will move toward becoming a reality. It is very likely that the leadership will move toward armed unification by 2027, the 100th anniversary of the PLA’s founding.” He added that “China already has the capability to unify Taiwan by force within one week” and that “the PLA can defeat any U.S. force within 1,000 nautical miles of the coastline.”

On the question of Japan tying its own security to the security and freedom of Taiwan, Jin said, “Japan should absolutely not intervene in a Taiwanese emergency. The U.S. already cannot win against China on this. If Japan intervenes, China will have no choice but to defeat Japan as well. [Japan] must realize that a new change is occurring.”

China will never spell out a timeline for when it could attack Taiwan unless it does so to serve its own purposes. And by getting a senior adviser to Beijing to set 2027 as the year when Taiwan could see a Chinese invasion, Xi Jinping is trying to fool the world. He is creating a mirage for the democratic world to be fascinated by.

2027? That’s still five years away, right? This is the reaction many countries would have to the timeline given by China.

However, China wants the world to sit back and relax. It wants to catch countries like the United States, Japan, Australia, and above all, Taiwan, off guard. If China is able to convince these countries that they still have five years before an invasion of the island nation kicks off, it would have won half the battle. Why? Because it would invade Taiwan immediately.

And that is what’s most likely to happen. Xi Jinping faces a challenge of his life, with the National Congress scheduled for autumn this year in which his re-appointment as China’s president will be decided. Until March 20, the Beijing Winter Olympics will be on. So, Jinping will have his hands full with the Olympics for the next two months.

But right after the Beijing Winter Olympics are over is when things could get interesting very fast. Nobody should be surprised if China launches an invasion of Taiwan right after the Winter Games, while the world community is half asleep thinking that an invasion of the island is not yet imminent. Invading Taiwan and winning that conflict would seal Jinping’s future as China’s lifetime president. Nobody will be able to remove him from power, and that is exactly what the man needs right now.

So, by getting one of his stooges to provide the world with a timeline of around 2027 for Taiwan’s invasion, Xi Jinping is trying to game the democratic powers and Taiwan itself.

The CCP Could be Destroyed

Here’s where Xi Jinping is making a mistake. He seems to be of the opinion that a surprise invasion of Taiwan would somehow not have catastrophic consequences for China. The fact of the matter is, however, that the likes of Japan, Australia and subsequently the United States and its allies will all jump in and make life miserable for China’s substandard invading forces.

An invasion of Taiwan will also be followed by the world community literally declaring China an outcast and slapping stringent economic sanctions on it. Already, the Chinese economy is strained. When the combined force of the world economy begins acting against China, the effects for it will be catastrophic, and Chinese people will be willing to have none of it. Ultimately, the CCP will find itself in a very precarious situation, with its death becoming imminent.

When that day comes, Xi Jinping will horrifyingly recall how one of his advisers testing the resolve of the democratic world to protect Taiwan was a terrible call.