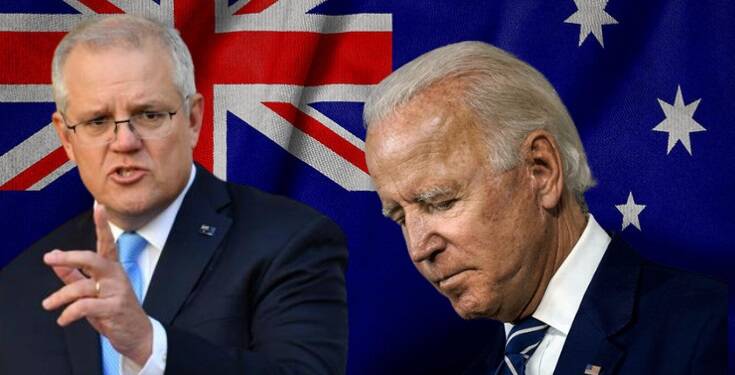 Speaking truth to power – requires courage and commitment. Australia has them both. So, when the Australian defence minister sat down for an interview with The Sydney Morning Herald earlier this month, he minced no words. What is known widely, but is not spoken aloud? It is a fact that the United States allowed China to spread its tentacles across the waters of the Indo Pacific, especially in the South China Sea. The Trump administration was an aberration – an exception, so to speak. Prior to Donald Trump’s entry into the White House, Barack Obama was in charge.

That man ruined the stability of the Asian and Pacific seas. While China built artificial islands in the South China Sea, the Obama administration spectated mutely. When Obama practically handed over the Scarborough Shoal of the Philippines to China, countries in the Indo Pacific were horrified, but they all decided to shut up rather than antagonise Washington.

Now, Australian defence minister Peter Dutton has shot off a warning to Joe Biden. In remarks to The Sydney Morning Herald, Peter Dutton said that Australia and its allies will “lose the next decade” unless they stand up to China in the South China Sea immediately.

He said the United States and its allies had previously “acquiesced” to Beijing in the disputed waterway, allowing it to build artificial islands and defence bases out of coral reefs. Dutton added, “I think we’ve lost a considerable period of time where China gave assurances about their activity in the South China Sea.”

The Australian Defense Minister also said, “The United States and others acquiesced and allowed the militarisation now to the point where China has 20 points of presence in the South China Sea, which does not help stability in the region. If we continue on that trajectory, then I think we’ll lose the next decade. And my sense is that we’re better off being honest about that.”

Why is the Warning Significant?

Who do you think is following Barack Obama’s legacy of going soft on China, even while pretending to challenge it? That’s right. Joe Biden is a master at deception. He wants you to believe that he is working against China, but the reality is starkly different.

Australia, and for that matter, all American allies know that the Biden administration is going soft on China. This is a detrimental approach. This is the first time that such a high-ranking official – a defence minister no less – has spoken against Biden’s China strategy.

Peter Dutton and Australia realise that the time to speak is now. If China is allowed a free run by the Biden administration, it will begin trampling overall Southeast Asian nations in the next decade. Therefore, Australia has taken the onus to stand up to Joe Biden, and in a first, has spoken out against his indecisiveness.

The AUKUS alliance – which is slated to provide Australia with nuclear submarines by 2038, and Quad – comprising of India, Australia, Japan and the United States will both fail to achieve their objectives unless the Biden administration adopts a decisive approach against China. The Australian defence minister’s remarks should be sufficient to knock some sense into Biden. If he still fails to act on such advice, we would know for a fact that he and the CCP and complicit.