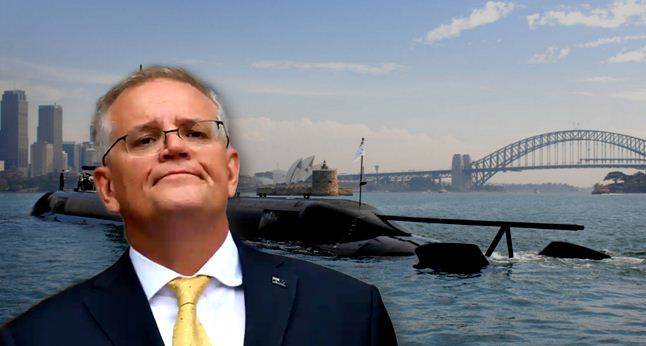 Australia has always considered the South Pacific Ocean its exclusive sphere of influence. New Zealand, Fiji and a number of islands are spread all over this vast ocean that ultimately meets the borders of Peru and Chile in South America. It’s quite interesting to note that Australia has not taken foreign interference kindly in this part of the world.  Australia is an American ally. It is a member of the ‘West’, even though it lies in the East.

It is equally important to keep an eye on the fact that there is only one country trying to flex its funny muscles in the South Pacific. It is China.

China has been splashing its cash over island-states like Fiji and has indulged in buying leaders in Australia while infiltrating New Zealand’s establishment. All in all, China is making rapid moves to wrest control over the South Pacific Ocean. China’s forces have also been deploying spy vessels to the South Pacific, while pathetically failing to disguise them as mere “fishing vessels”. And Australia is hardly impressed.

In what has come as a jawbreaking response to China’s nefarious expansionist campaign in the South Pacific, Australia is all set to build a gigantic nuclear submarine base on its east coast. The project, estimated to cost more than 10 billion Australian dollars ($7.4 billion), is aimed at enhancing the country’s defense and checking China’s ambitions in the Indo-Pacific region.

Announcing the same, Prime Minister Scott Morrison said, “The government has now determined that to support our decision to acquire nuclear-powered submarines, establishing a second submarine base on our east coast will enhance our strategic deterrent capability, with significant advantages in operational, training, personnel and industrial terms.”

The Defense Department has selected three possible east coast locations for the submarine facility – Newcastle and Port Kembla in the state of New South Wales and Queensland the capital of Brisbane.

Australia is all set to get hold of a nuclear submarine fleet by 2040. By deciding to place this entire fleet on the Eastern coast, in order to take care of the Southern Pacific, Australia has dealt a severe blow to China’s ambitions.

Australia Can Now Project Power across the Indo Pacific

Australia currently operates conventional Collins submarines which are based out of the western coast of the country. That base will remain untouched. What this means is that in the near future, Australia will be operating two submarine bases; one on the western coast, and one on the eastern one.

This will give Australia much needed power-projection capabilities across the Indo Pacific. While Australia can keep an eye on the Indian Ocean, and on waters to its North – like the East and South China Seas via its Western base, it can also scare China with nuclear submarines from the East.

Australia wants to place nuclear submarines on the Eastern coast because that would allow its mighty water beasts to evade detection by China to a great extent. While China has most certainly been trying to expand into the Southern Pacific, it does not really operate many naval vessels in this region. The bulk of its forces remains concentrated in the East and South China Seas.

China is still a green-water navy while Australia, on the other hand, is fast preparing to turn itself into a blue water navy that can terrify Beijing from all directions.