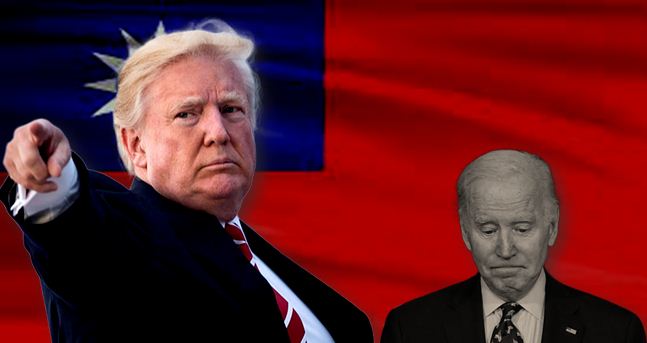 The Pentagon has made a grand announcement. The US Naval Air Systems Command (NAVAIR) has awarded defence major Boeing a big contract, wherein it will produce Harpoon Coastal Defence Systems (HCDSs) for Taiwan. The Harpoon is an all-weather, over-the-horizon, anti-ship missile that will shore up Taiwan’s coastal defense capabilities against any invasion attempt by the Chinese Navy.

Till now, it seemed that Biden was going soft on the China front and giving a free pass to Xi Jinping on the Taiwan issue. The US President had even underscored his administration’s commitment to the ‘one -China-policy’ and reacted in a way that seemed the US would no longer deter Chinese aggression against Taiwan. But former US President Donald Trump and his Republican backers in the US Senate are pressurizing Joe Biden, which is indeed piling the pressure on the incumbent US President to strengthen Taiwan’s defenses.

The Biden administration is suddenly discussing military cooperation with Taiwan a huge shift from his policy of refusing any commitment towards the island nation if China invades it.

A top US delegation recently arrived in Taiwan amidst “increasing” Chinese military threats. Military cooperation was reportedly on the agenda and during the same trip, the US decided to sell military equipment worth millions of Dollars to the island nation.

Department of Defense (DoD), the $ 498.3 million contract with Boeing involves delivery of 100 HCDS launcher/ transporter units and 25 radar units. The top-notch US military equipment will be manufactured across different locations across the United States.

The Harpoon is considered amongst the most advanced of American missiles. So, Biden is ensuring that Taiwan is armed to teeth. But what stands behind the swift change in Biden’s China policy? Well, this is where Trump comes into the picture.

Recently, three Republican Senators- Rick Scott, John Kennedy, and Kevin Cramer, co-sponsored a Bill to impose tough sanctions on Beijing if the PLA attacks Taiwan. As it turns out, all these three Senators are either Trump’s prodigies or close allies. Therefore, the Bill had Trump written all over it.

Meanwhile, Mike Pompeo, the face of Trump’s hawkish foreign policy against China- had recently visited Taiwan. Speaking from Taiwanese soil, Pompeo made a bold suggestion that the US should diplomatically recognize Taiwan as “a free and sovereign country.”

Read more: While Biden sticks to One-China policy, Republicans threaten to sanction China if it tries to invade Taiwan

So, by connecting the dots, it doesn’t prompt any surprise about what was behind Biden’s sudden move to strengthen the Taiwan policy. Trump has already mocked Biden unapologetically over his failure on the Ukraine front and if the president flunks in the Taiwan tussle, then Trump and his supporters in the GOP won’t let Biden go scot-free. Also, the US is all set to go to mid-term polls later this year and Biden can hardly afford another political embarrassment at the hand of Trump-led Republicans.

The US President is therefore facing a lot of pressure from his predecessor and this is forcing him to embark on an unusual foreign policy of rendering military assistance to Taiwan. Trump may no longer be the US President, but it seems that he has still found a way to keep Taiwan out of Xi Jinping’s reach.