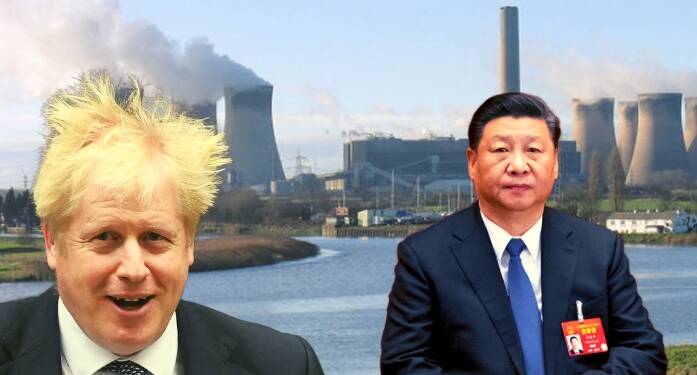 In a recent jolt to China, the Boris government has decided to take over the stakes that a Chinese state-owned company has in one of the UK’s upcoming nuclear power plant projects. The UK ministers are closing in on a deal that will kick China out of a project to build a £20bn nuclear power station on the Suffolk coast. The move is sure to heighten geopolitical tensions between UK and China.

The Boris administration could announce its plans to take over the China General Nuclear (CGN) stake in Sizewell C power station, alongside the French state-backed power giant EDF, as early as next month. The announcement could be made ahead of the Cop26 climate summit.

The result of kicking out a Chinese company from the project

It risks inflaming political tensions, which are running high after Britain’s decision to join the AUKUS nuclear submarine pact with the US and Australia, a move designed to counteract China’s military expansion. CGN, the power giant backed by the communist state, is also financing EDF’s Hinkley Point C power station in Somerset.

Kicking China off Sizewell would also effectively tear up the UK government’s 2015 deal with CGN, under which CGN agreed to fund Hinkley and Sizewell nuclear power plants, and then install its own reactors at a third site at Bradwell in Essex. The chances of CGN getting approval to build its reactor in Britain are seen as slender. That deal was seen as the pinnacle of the “golden era” between Britain and China.

The reason behind this decision by Boris administration

Washington has been trying heavily to influence Boris administration to remove China from Britain’s nuclear power plants by blacklisting CGN, citing fears over national security and accusing it of stealing military technology. The former US secretary of state Mike Pompeo last year urged Britain to choose sides in the battle to develop nuclear technology, saying it “stands ready to assist our friends in the UK with any needs they have”.

Pressure to remove China has ratcheted up under Joe Biden’s administration, with executives from the US construction giant Bechtel teaming up with Westinghouse (the US nuclear technology company owned by Canada’s Brookfield), to develop another nuclear power station, at Wylfa on Anglesey.

Sizewell, which is still going through planning and development, would eventually power 6m homes, but has been plagued by opposition from local campaigners on fears over China’s involvement.

It seems that the Boris administration has finally woken up to the Chinese reality and has started the liberation of his country and its strategic assets like nuclear power plants from China’s clutches.