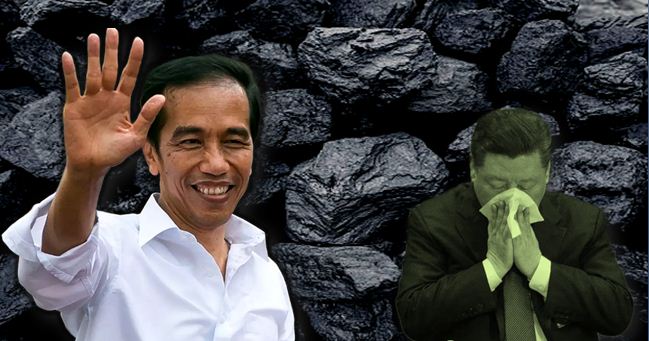 Chinese power plants and steelmakers have reportedly been told to hunt for alternatives to Russian coal amid widening sanctions on Moscow for its military operation in Ukraine. Lenders are sending private notes to Chinese state-owned companies not to rely on Russian coal and shore up local production. Now, Chinese importers are awaiting Beijing’s guidelines on whether to continue with the Russian imports or look for alternative suppliers.

After all, aren’t Russia and China supposed to be red comrades in arms?

Well, they’re not. China thought it could milk from the invasion of Ukraine to join the club of countries kicking Russia’s economy. So, it has unofficially stopped importing Russian coal and oil. But here’s where things get interesting.

China’s bravado on Russia had a foundation. China thought it did not need Russia. Russia is the world’s third-largest coal exporter. That makes China a big importer of Russian coal. But given the prevailing situation vis-à-vis Russia and the world, China thought it could slyly join the bandwagon of hurting Moscow economically.

But Indonesia has pulled a fast one over China. Coal miners in Indonesia are preparing for potential new curbs on exports. According to Bloomberg, new restrictions on overseas sales are possible in either April or August. Earlier, Indonesia had paused coal exports in January, only to resume them a month after. The move had caused widespread panic in China, which has been reeling under a coal and power crisis ever since it stopped importing Australian coal.

The West is hunting for new sources of coal, oil, and gas in the wake of Russia’s invasion of Ukraine. That has pushed prices of such resources over the roof. According to a weekly index compiled by IHS Markit and ArgusAsia’s benchmark, Newcastle coal price jumped 35% to a new record of $353.75 a ton on Friday.

The only reason why China even dared to pause its coal imports from Russia was that it was sure of Indonesia continuously supplying Beijing with anthracite. Indonesia, however, has decided to jeopardize China’s energy security by making it clear to the world that it can stop exporting coal at a time of its choosing.

China cannot import coal from Australia, and Indonesia can block coal exports at any time. The domestic coal output of China is not sufficient to meet its vast needs. Additionally, coal mines in China remain shut for an extended period, thus upending the Communist nation’s energy calculus throughout the year.

Eventually, China will be forced to import Russian coal at an inflated price. Despite making moves to become independent of Russian coal, China has gotten back to square one.

Read More: For the first time China explicitly states that China and Russia are not allies

Russia made up 14% of China’s total coal imports last year due to increased demands and throttled supplies from Australia. In the present scenario, Russia needs to divert at least 38% of its total coal production to China, to mitigate the impact of western sanctions. Moscow is simultaneously realizing that China might not be a strong and dominant economy after all, which can help Russia lessen its emergent economic miseries.

USA’s EV push will cancel its own sanctions on Russia