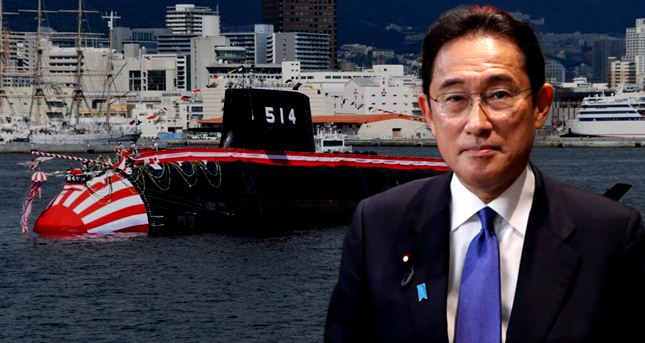 With the Russia-Ukraine war occupying headlines all around the world, many might have thought that China would be having field days on end. Well, that is certainly not the case. Japan continues breathing fire down the dragon’s throat. Japan has sided with the United States and NATO on the conflict in Ukraine. This would probably get the signals mixed as it may seem that Tokyo is not focused on China or on the crisis which is brewing in the waters of the Indo Pacific.

However, Japan has its eyes firmly set on China. It is for this reason that the country has just commissioned what seems to be the best conventional submarine around.

The Japanese Ministry of Defense said that the newly-commissioned Taigei-class will employ a “compact” and “highly efficient” electricity storage and supply system that will extend the submarine’s endurance underwater without the need to increase the size of the boats.

The Diplomat reported that the submarine will make use of a new combat management system (CMS) combining advanced integrated sensors, command-and-control and weapon engagement systems. To minimize its heat signature, the submarine will also adopt an enhanced snorkel system and a new-generation sonar system based on fibre-optic array technology.

But here’s the most important fact about the newly-unveiled submarine. Japan now has the “enemy base attack capability,” which would essentially spell doom for China. This capability will be achieved using the UGM-84L Harpoon Block II anti-ship missile against surface targets.

Chinese naval bases could therefore come under attack as early as 2024 in case the Communist nation tries effectuating any misadventures in the waters around Japan. The Japanese submarine, custom-fitted to evade detection, would allow Japan to blow up China’s bases in smoke before Beijing even realizes what struck it.

The Timing is Important

Japan has sent a clear message to China; more to Xi Jinping that he has not been acquitted. Sure, Russia has suddenly emerged as a security challenger, but that does not mean China will be left off the hook.

Japan’s latest submarine move is also a lesson for the West, particularly the United States. Tokyo has subtly communicated to Washington to not remain perpetually fixated on Russia. A bigger threat has emerged to the democratic and free world order in the form of China, and its economy stands much mightier than that of Russia.

Read more: Japan has two lessons to learn from the Ukraine episode

Mind you, chatter suggests that Japan might also be looking to get hold of nuclear submarines under an AUKUS-like arrangement with the U.S. That would truly translate into a nightmare for Beijing, which is why Tokyo must now be given technology pertaining to nuclear submarines.