Now, Japan will control the world trade at its will 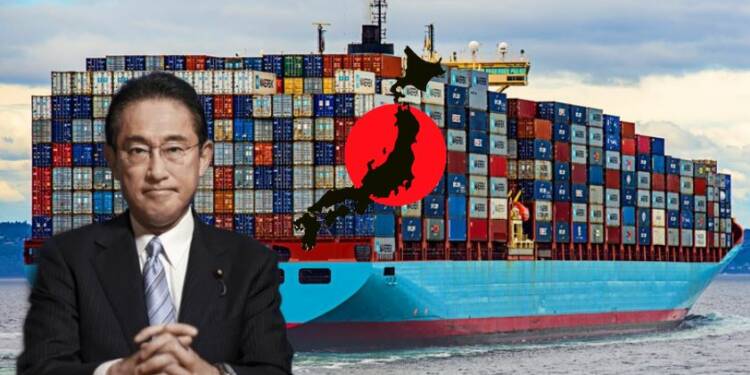 What will the future look like? Well, it’s not much of a wild guess to make. The future holds a sea of possibilities, but here’s what we are sure will happen. Cars will be self-driven, artificial intelligence will become a necessity for human existence, and most importantly, cargo ships will drive themselves. And when I say cargo ships will drive themselves, I quite literally mean they will embark from one port, cover thousands of miles of maritime distances, and reach their destination with little to no human involvement. Guess which country is pioneering the development and mass production of such ‘autonomous’ cargo ships?

Do you know what that means?

Japan will control a major portion of world trade by 2040. In the decades that follow, that share will only grow.

You see, Japan is an aging country. Japan is at a deficit of youth which can be employed for jobs. This will, in the near future, begin showing adverse impacts on the country’s economy. Therefore, to steer clear of such a situation, Japan has come up with an unusual fix.

Japan’s Nippon Foundation and Misui OSK Lines Ltd. completed testing an autonomous ship in January this year. The 313-foot container ship called the Mikage sailed 161 nautical miles from Tsuruga Port, north of Kyoto, to Sakai Port near Osaka. Upon reaching its destination port, the ship was even able to steer itself into its designated bay, with drones dropping its mooring line.

The foundation tested a second crewless ship this month. The Suzaku, which was built in 2019 and recently retrofitted to be autonomous, sailed from Tokyo Bay to Ise Bay.

Japan is much ahead of other countries when it comes to the development of autonomous, unmanned and crewless cargo ships. In fact, by 2040, Japan has set an ambitious target of replacing 50 per cent of its conventional cargo shipping fleet with autonomous ships.

Here’s an interesting number. According to the UN’s International Maritime Organization, over 90 percent of products across international borders move on ships.

Japan might be the first country to work on a war footing to automate its cargo ships, but the world will not be far behind either. Japan has many friends, and most of them are powerful, democratic trade partners. Japan can, as a matter of fact, start manufacturing autonomous ships for the world and transfer related technologies to its allies.

Do you know what this will do? It will concentrate a significant portion of the world’s trade in the hands of Japan. A vast number of autonomous ships will be working on Japanese technology, or would have been manufactured in Japan itself.

That does not auger well for China’s nefarious plans of monopolizing world trade and becoming the largest and most resilient economy of the world. Japan will not sell automated ships to China, and neither will it allow related technologies to make their way into the Communist nation.

In the absence of automated ships, coupled with the fact that China finds itself in a gruelling deficit of talent and innovation, the Communist nation will have to rely on conventional, manned ships.

That will place China at a unique disadvantage. Growing an enemy out of Japan has definitely proven to be a strategic blunder for the CCP. Japan, meanwhile, is slated to emerge as a trade and shipping superpower in the next few decades.

GGS Meaning with Explanation and Definition