“No compromise with our security”, Philippines’ message to Joe Biden is loud and clear 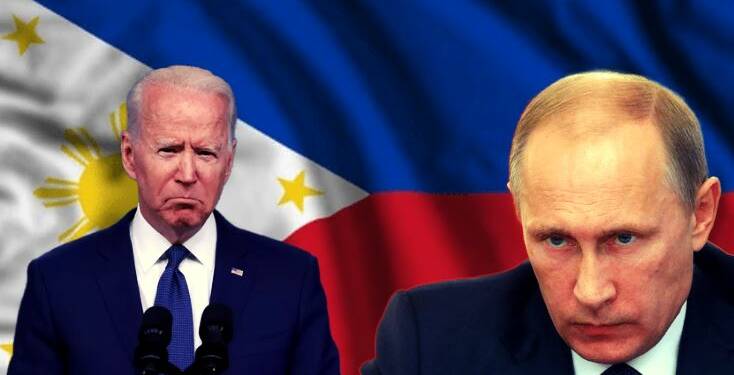 The Philippines has so far refrained from taking a public stand on the Russia-Ukraine crisis, but it has made no bones about the fact that it won’t compromise its national security just in the name of proving its loyalty towards the United States of America.

The Philippines recently made it clear that the country doesn’t plan to nip off its defence ties with Russia. According to Manila Times, Defence Secretary Delfin Lorenzana said that despite widening sanctions on Moscow, the contract for the purchase of 17 Russian-made Mil Mi-17 heavy-lift helicopters will push through.

Lorenzana said, “No, we do not see any likelihood of (of the contract) being scrapped as of this moment.” Lorenzana further clarified that the heavy-lift helicopter procurement project was part of a multi-year procurement contract to which the delivery of the first batch is expected in 24 months.

Why is Philippines so adamant about not killing the Russian deal?

The Philippines is absolutely right in defending its strategic independence from the US despite vehement pressure. Firstly, the contract was signed much before the crisis happened in Ukraine. The $249 million contract between Moscow and Manila was signed last November and a down payment was also made.

Secondly, the Philippine Air Force (PAF) desperately wants to strengthen its fleet to shore up its defences. The Russian helicopter is a rotary aircraft capable of lifting large numbers of personnel or cargo. That’s the kind of helicopter the PAF was hunting for.

Also Read: The Philippines, Vietnam, Indonesia and Malaysia form a ‘Mini-Quad’ against China

Thirdly, Russia is a great defence partner. It was only this January when the Philippines had signed a $375 million deal with New Delhi to acquire a shore-based anti-ship missile system jointly developed by India and Russia. Amid faltering ties with the US under President Rodrigo Duterte, the Philippines saw a lifesaver in Russia as the Kremlin offered the country its military technology to produce defence equipment with “no strings attached.”

The China threat and Biden’s ignorance

So, it doesn’t serve any purpose for Manila to severe its rock-solid defence ties with Russia that have carefully been cherished by the Philippine government all these years. As we all know, the country’s China dove President is all set to hang his boots this year. Exploiting this opportunity are the country’s China hawk defence forces. The Philippine armed forces see China as a great threat to their well-being and the country’s national security.

The Diplomat reported that Lorenzana had signed a $627 million deal last month to acquire 32 S-70i Black Hawk helicopters from Poland-based aerospace manufacturer PZL Mielec. This deal reaffirmed the country’s resolve to stand up to Chinese hostilities with no regard to Joe Biden’s incessant attempts to demonize Russia.

Also Read: France and the Philippines are jointly building a lethal submarine force to sink the PLA

Russia—an emerging player in the Indo-Pacific

Biden thinks Russia is the greatest threat to world order and global peace. Sadly, his radical view is not shared by many nations in the Indo-Pacific. The US is also threatening nations like India and the Philippines with imposing CAATSA sanctions in view of their unabated defence cooperation with Russia, but that has also failed to make any difference to their attitude.

The Philippines, being a treaty ally of the US, was expected to toe the USA’s line on the Russia-Ukraine crisis. But given Russia’s long-standing support to the Philippines’ security apparatus and the USA’s flip-flop on its Indo-Pacific commitments, the Philippines today is openly acting against American interests to uphold its national security. This is, undoubtedly, a big setback for the American influence in the region.