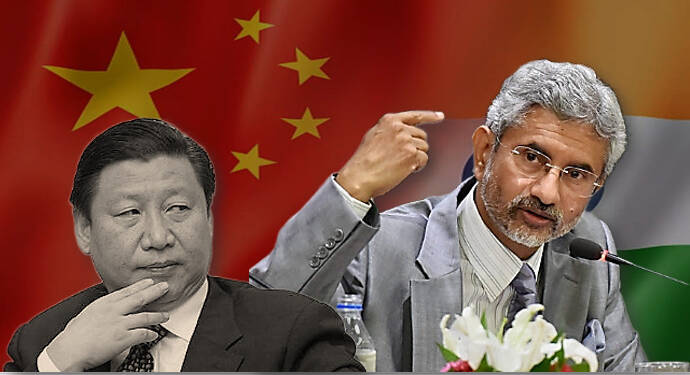 China which had the label of being a staunch ally of Russia was supposed to stand strong with Moscow in this time of crisis. Being a permanent member of the Security Council, China was expected not only to oppose this resolution but veto it altogether. But not only it has just abstained from it, but Beijing is also actively cooperating with the west regarding sanctions on Russia. In such a moment of flux, China wants to improve its ties with India so that it can deal with the tense geopolitics and vulnerable domestic situation.

People familiar with the matter said on Wednesday that China’s foreign minister Wang Yi is expected to visit India towards the end of this month, though the trip has not yet been finalized and dates have not been confirmed. If everything goes according to plan, this will be the first visit to India by a top Chinese leader since the two nations locked horns in a protracted military standoff in the Ladakh section of the Line of Actual Control (LAC) in May 2020.

Yi’s reported plans to visit India were not confirmed by the Indian external affairs ministry. On the condition of anonymity, the people cited above claimed the two sides are in contact, but the visit has not yet been finalized. The silence from the Indian side proves that India is not ready to accept China’s friendly overtures. The Indian view is very clear, a China-led by Xi Jinping cannot be trusted. For Beijing to have a friendly relationship with India,  Xi Jinping must leave his position.

India is in a position of strength

India is acting from a position of strength, and given the economic situations in both countries, New Delhi knows why Beijing is desperate for a relatively cordial relationship. China wants to desperately replace the United States of America as the largest economy in the world by 2030. That goal is now way off schedule. If at all, the ability of China to replace the United States has been dealt a severe blow. The condition is so bad within China that the Chinese Communist Party has itself downgraded the country’s economic growth rate.

China set its lowest GDP target in decades on Saturday. China’s Premier Li Keqiang announced the unusually modest target of around 5.5 percent in the presence of Xi Jinping. This means China will witness the slowest rate of economic growth this financial year since 1991.

On the other hand, India’s GDP is surging at 8.9 percent in the current financial year. According to all major studies, the Indian economy is poised to grow at the quickest pace among the league of large nations. In its January 2022 update, the IMF listed India as the only country whose growth projection has been revised upwards in 2022-23.

India being a neighbor and a direct competitor of China, understands very well that it is Xi Jinping who is jeopardizing the coming of the Asian Century. He has singlehandedly betrayed almost all of the very few allies he has. Just after playing best friends with Russia, it has been subtly betraying Moscow. China has been walking a tightrope between Russia and the West over the Ukraine question. However, it has ended up irritating both Moscow and the Western world.

A United States official has reportedly claimed that Russia has sought military equipment from China for use in the ongoing Ukraine invasion. This is meant for Putin to test China’s loyalties because Xi has been behaving in a rather volatile manner since the start of the Ukraine crisis. So, if Xi clears the loyalty test, he stands to lose out China’s trade ties with the West. And if he fails to clear it, then he will face Russia’s wrath.

India understands these situations and is very well aware of the cheap geopolitics that XI Jinping practices. Therefore, the cold response from India explicitly suggests that India will not entertain friendly relations with China, till Xi Jinping is in office.