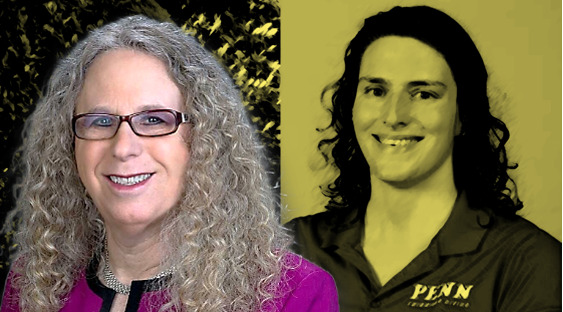 The worst form of poetic crime is being committed in the USA. In the name of progress and change, the space for biological females is being reduced as they are forced to accommodate any and everyone who merely identifies as a woman at their own expense. While this has been a developing trend, the latest development is an addition to such actions that have seriously hurt the women’s rights movement considerably.

Recently, Will Thomas, who only recently changed his gender to Lia Thomas, basically defeated biological female swimmers. In the United States, women’s rights campaigners believe that this was a “murder of women’s sports” and a cruel joke played on the biological female swimmers who competed against Lia Thomas. Let’s put it simply- the idea of letting trans women go through a one-year testosterone suppression program and then compete in women’s sports is outdated, unscientific, and grossly unfair.

While this was already a controversial development, the US elites and woke class are not at all concerned with the plight of women. Progressives’ quest to re-engineer basic biological realities in front of our eyes has had a banner week. In the same week that Lia Thomas, a guy posing as a woman, defeats the top female athletes in the country at the NCAA Division 1 swimming championships, USA Today names Rachel Levine, another man posing as a woman, as one of its “Women of the Year.”

In the Biden administration, Levine is the assistant secretary of health and human services. We’re told that his qualification for the job was a spectacular performance as Pennsylvania’s health secretary during the Covid pandemic.

In addition to implementing one of the harshest lockdowns in the country and handing on a vaccine distribution disaster to his successor, Levine demanded that nursing homes accept Covid-infected patients. According to reports, Levine oversaw the implementation of recommendations mandating Pennsylvania nursing homes to accept COVID-positive patients discharged from the hospital — a move opponents say contributed directly to the state’s more than 13,200 nursing home coronavirus deaths.

When asked about COVID nursing facility mortality in Pennsylvania, data was frequently missing or incomplete, and Levine frequently gave contradicting explanations. Despite this, President Joe Biden chose her for her current position as Assistant Secretary for Health at the United States Department of Health and Human Services (HHS), where she has assisted in the federal response to COVID-19.

A man becomes the Woman of the year

Levine was asked in an interview for USA Today about the honor of being named “Woman of the Year.” He retorted, “I believe that you must be true to yourself and who you are. No matter who you love, no matter who you are, no matter what your gender identity, sexual orientation, or anything else, you have immense worth, and to be, be true to that. Then everything else will fall into place.”

This is bad counsel, the kind that the transgender movement has used to persuade confused youngsters in need of actual care to sacrifice their own lives and well-being in the name of a radical, self-denying worldview, leading to many of them suffering or even dying. Rachel Levine is using his platform to promote this, and USA Today is likely hoping to spread it by giving him (yet another) one in the first place.