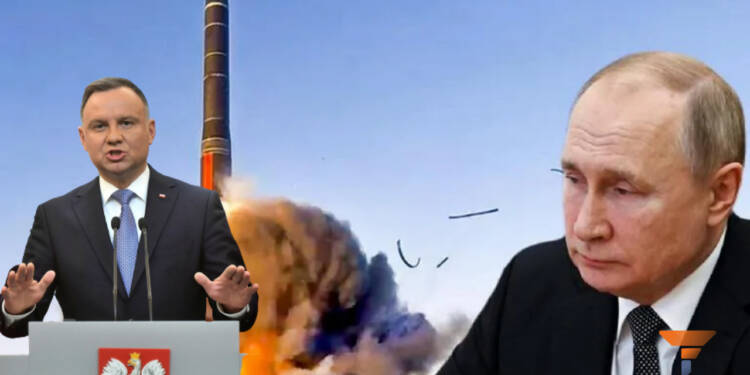 Poland, a NATO and EU member, has begun preparing for a possible attack by the aggressor state against the backdrop of a full-scale military invasion by the Russian Federation into Ukraine. Increased Belarusian troop movements were observed along the Poland-Ukraine border, prompting the Polish action.

Following Ukraine’s fall, Poland appears to be next on Putin’s radar, as recent Russian attacks on Ukraine were detected within 60 kilometres from the Polish border. But why is Poland next on Putin’s hit list? Well, Putin has long advocated for NATO to end military activities in former Soviet republics and satellite states. Belarus is already playing in Russia’s sandbox, therefore Poland inevitably becomes Putin’s next choice.

Help to Ukraine weighs on Poland

In addition, Poland was the first country to offer rapid assistance to Ukraine. It provided combat jets as well as refugee camps for Ukrainians. It even requested that the US provide MiG-29 fighter jets to Ukraine to help enhance its air defence. Through Poland, anti-tank weapons and other ammunition have already entered Ukraine. This may have irritated Putin, and therefore an attack on Poland appears to be on the cards.

Will any Russian attack on Poland’s territorial integrity prompt NATO to invoke “Article 5“, a treaty that provides collective security and thereby protects the freedom and security of all its members through political and military means? It should, in theory. But NATO, on the other hand, appears to be perplexed.

NATO’s credibility has been blown to bits by the Ukraine conflict. It has become shallower and less capable of upholding its own criteria for member defence. A weak NATO, on the other hand, maybe worse than having NATO at all, if it invites aggression against it.

Furthermore, it is critical to recognise that Europe’s economic relationship with Russia has changed since the end of the Cold War while assessing how NATO should respond to a rapidly rising threat. Despite broad Western sanctions put on Russia following its invasion of Ukraine, Europe continues to be reliant on Russian gas and purchases it at typical levels.

As a result, if Russia advances its front line closer to the Polish border, it will be interesting to see whether NATO responds “in action or inaction”! In fact, if NATO overcomes its apathy and intervenes against Russia, the conflict could escalate into a third world war!

Poland, in the meantime, cannot and should not be twiddling its thumbs. Poland should prepare and strengthen its front lines in order to protect its citizens and sovereignty.

HYB Meaning with Explanation and Definition