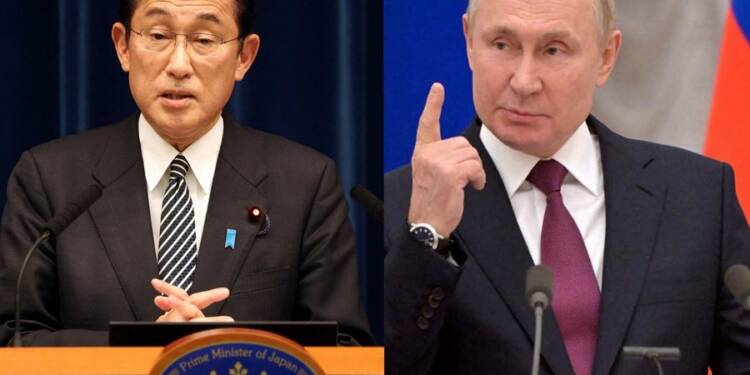 A country can maximise its geopolitical gains if it consistently follows a relatively stable foreign policy, no matter the change in leadership. From the looks of it, Japanese PM Fumio Kishida has totally forgotten this fact. The Japanese Prime Minister earlier stated that Russia’s recognition of two independent states within Ukraine’s territories was “unacceptable and a violation of international law.” Since then the Japanese government has toed the line of US President Joe Biden, at the expense of its own interests.

However, this approach is in exact opposition to the ones followed by previous Prime Ministers. Former Prime Minister Shinzo Abe’s rapprochement efforts and long-standing policy of befriending Russia to isolate China in the area are contradicted by the Kishida administration’s severe attitude towards Moscow.

Abe spent his time in government restoring connections with Russia, which the current Kishida administration is now needlessly undoing. The current approach has already started having an adverse impact and at the same time undoing years of the carefully crafted bilateral relationship with Russia.

After Tokyo levied extraordinary penalties over President Vladimir Putin’s assault on Ukraine, Russia decided to halt talks with Japan on a peace treaty that would officially end a conflict that dates back to World War II. The Russian Foreign Ministry said in a statement that Moscow is also discontinuing talks with its eastern neighbour about economic activities on disputed islands under Kremlin control, known in Russia as the Southern Kurils and in Japan as the Northern Territories.

As they wrangled for decades over a small collection of islands near Japan’s Hokkaido, the two countries never signed an official peace treaty ending World War II.

Later, Foreign Minister Yoshimasa Hayashi told reporters that Japan’s main policy of attempting to resolve the island dispute and agree to a peace treaty had not changed. Ambassador Mikhail Galuzin had received an official protest over the Russian Foreign Ministry statement, he added.

On the Ukraine question, Kishida’s policy appears to reflect  Biden’s concerns rather than Shinzo Abe’s caution. In an interview with Japan Today, former Prime Minister Shinzo Abe recently said, “I think Japan should use diplomacy to sever the concerted efforts between China and Russia, and move ahead with improving its ties with Russia.”

However, Kishida’s policies have not only destroyed Japan’s geopolitical capital, but it is also becoming detrimental to Japan’s energy security. If Japan exits Russia’s Sakhalin-2 LNG project, it could pay a third more per year for imported liquefied natural gas, a potentially disastrous move for the energy-scarce Asian nation. Sakhalin-2, located in Russian Far East, produces 10 million tonnes of LNG per year, with Japan receiving around 60% of the output. Almost all of Japan’s LNG imports from Russia come from this source.

Despite former Prime Minister Shinzo Abe’s repeated warnings and cautions, it appears that PM Kishida has entirely rejected him and instead gone into the Ukraine hangover with Biden. The effect is not just obvious in growing inflation, but the Japanese economy may be on the cusp of a more severe downturn in the near future. And if we consider the current development, it looks like, Japan is faced with both economic and foreign policy problems, courtesy of Fumio Kishida.

Investors are pulling out of China, as it gets sick again