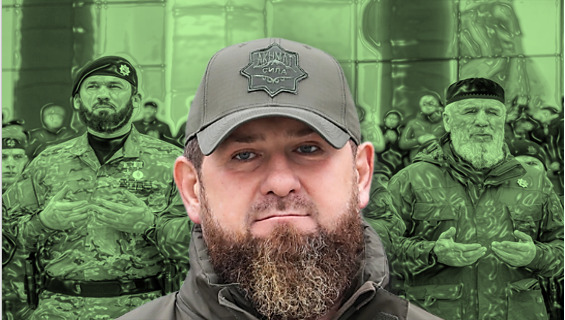 Vladimir Putin is the mastermind of the war in Ukraine. Every military operation undertaken by Russian forces is planned and given the green light by Putin. But then, wars can’t really be planned by one man. He needs a team. Of course, the Russian defense establishment is playing a crucial role as well. But they are merely carrying out orders. Vladimir Putin’s right-hand man for the war in Ukraine is a man called Ramzan Kadyrov. He is the leader of the Chechen Republic and is more ruthless than anybody’s guess.

Ramzan Kadyrov is a Putin loyalist. He is willing to go to any extent to remain in the good books of the Russian President. So, when Russia invaded Ukraine late last month, Ramzan Kadyrov’s fighters joined ranks with the Russian Army. Ramzan Kadyrov is credited with numerous human rights violations including torture and unlawful executions, especially of opponents of the Chechen government and members of the LGBTQ community. He is also alleged to have taken out many of Putin’s detractors at the behest of the Kremlin.

His fighters are equally merciless, if not more.  Ramzan Kadyrov came to power as the Head of Chechnya in 2006. Chechnya is a Muslim-dominated country in North Caucasus, and Kadyrov is himself an Islamist – which explains why he is a ruthless and murderous bigot.

Chechen fighters are being used by Russia to lay siege on Ukrainian cities, and ‘deal’ with all troublesome elements. Human rights are something that these Islamist fighters do not concern themselves with. They have been given a free hand to deal with emergent situations in Ukraine’s urban centers as they deem fit – which is why things are turning so bloody in an already devastated country.

Ramzan Kadyrov, therefore, becomes the leader of an army that is fighting alongside Russian troops in Ukraine. That makes him a pretty important man. In the Chechen Republic, Kadyrov exercises power at the behest of his armory and fighters. His militia controls the region on his behalf.

But Ramzan Kadyrov’s influence, power, and prestige might be faltering. Kadyrov’s forces were reportedly given a clear mandate – to eliminate Ukraine’s top leadership. Evidently, that has not happened, which means Ramzan’s forces have failed. The aura that the man created has taken a big hit, and Vladimir Putin would not be very happy with the performance put up by Chechens in Ukraine.

According to an analysis by Aurélie Campana, published in The Conversation, Russia is using Chechens as a psychological weapon to intimidate the Ukrainian volunteer forces. Chechens are notorious for “the cruelty and abuse they administered. Be it in Chechnya, or in the Donbas region where they intervened, and in Syria where some of their soldiers are still deployed.”

Essentially, Vladimir Putin’s right-hand man for the war in Ukraine is a monster. His forces are ruthless and do not hesitate before effectuating mass violence against innocent civilians. Whatever Russia’s reasons may be, nothing justifies the use of such violent extremists against civilians who are caught in a war they don’t deserve.