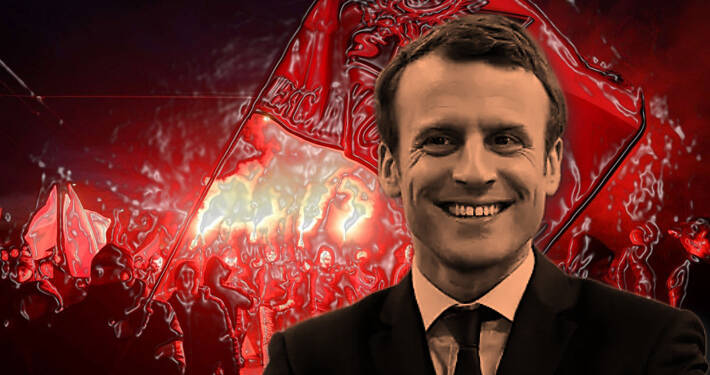 Europe is realizing that the ultra-liberal policies that it used to espouse aren’t quite tenable. And now everything in Europe is set to change.

● The idea of a borderless world with an open door policy for refugees won’t fly.

● You can’t place the key to security in America’s hands and assume that you can survive without a defense force.

The ‘Open Door’ policy in Europe used to be a hallmark of its liberal values. The EU forced its member countries to accept refugees from around the world in line with its liberal policies and then spend more on them without much aid from Brussels. However, the Ukraine crisis is bound to create a rift over this issue. Most of the refugees coming from Ukraine have moved to Eastern European countries like Romania, Poland, and Hungary. Some countries have to spend more on the upkeep of refugees now.

Hundreds of thousands of refugees have been entering Eastern Europe. But these countries are unlikely to get much support from the EU or the more prosperous Western Europe.

For many years, Europe kept slashing military expenditure. There was a gross miscalculation of the global security situation in Europe. It was believed that NATO was there to bail European countries out of any crisis and that Europe itself could keep spending heavily on welfare policies. In 2017, even former US President Donald Trump had asked NATO countries to double their defense spending to 4% from 2%. However, his demands weren’t given much attention.

Now, Germany, a country that has been historically dismissive of the military’s role in Europe, is spending more on its defense forces. Denmark, Poland, and Sweden have followed suit and are going to spend heavily on their respective defense forces. Hristo Ibouchev, the executive director of a Bulgarian defense manufacturing firm said, “There was peace for decades and people thought there would be peace forever. Unfortunately, that assumption has been proven wrong.”

The sharp divide between the interests of different European powers and the broad East-West divide is leading to a resurgence of right-wing nationalism in European countries.

In France, for example, President Emmanuel Macron had started as a center-left leader. He was initially a vocal supporter of liberal values but in the last few years, he started supporting right-wing ideas like French nationalism and protecting French values. In the upcoming April polls, he is seeking a mandate on his tilted right political stand and is the leading contender with a projected 33.5% vote share in the first phase of the elections. Far-right leaders Marine Le Pen and Eric Zemmour are expected to receive a combined 26 percent votes share.

Look for your national interest

European countries also start realizing that they must vigilantly guard their national interests. The EU is constantly nudging them to shift away from oil and gas, and take up green energy sources instead. This is a part of the EU’s plan to cut energy dependence on Russia.

Again, the EU doesn’t seem to have a strategy for helping these countries in a purported shift towards green energy. The message for European countries is clear – forget liberalism and look for your national interest. From energy dependence to the security sector, the EU doesn’t seem good enough to help European countries in any way. This is behind the sudden shift of Europe towards right-wing nationalism which will invariably be the death knell to the liberal values in the Continent.