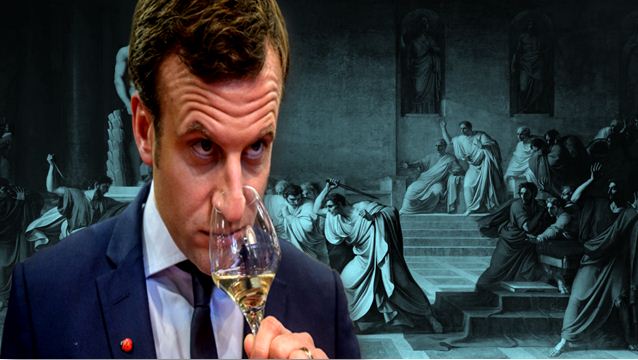 You look away; feel the rusted blades of the dagger slither through your grimaced face. Don’t mistake this for any quintessential Shakespearean quote. This is what Ukraine has been going through for the past one month or so. The threat emerges not from Russia though, but from Kyiv’s most trusted allies that vowed to lay the protective shield over them from any Russian offensive.

The European Union has been backstabbing Ukraine every step along the way. While Ukraine fights for its sovereignty, the EU could not care less. Being a sham of an intergovernmental bloc that it is, the EU has also proven to have an unparalleled propensity to push non-member states like Ukraine into conflict with Russia. Thereafter, it shamelessly abandons them. Ukraine has learned this the hard way because it has just been denied membership of the European Union. European Union leaders have ruled out fulfilling Ukraine’s call for a fast-track integration with the bloc during a meeting in France. As per reports, during Thursday’s talks, EU leaders emphasized once again that a speedy path to the bloc’s membership was impossible.

Dutch Prime Minister Mark Rutte even said that there is no such thing as a fast track while adding, “I want to focus on what can we do for Volodymyr Zelenskyy tonight, tomorrow, and EU accession of Ukraine is something for the long-term — if at all.”

Croatia’s Prime Minister Andrej Plenkovic said, “Nobody entered the European Union overnight.” French President Emmanuel Macron, meanwhile, remarked, “Can we open a membership procedure with a country at war? I don’t think so. Can we shut the door and say: ‘never’? It would be unfair. Can we forget about the balance points in that region? Let’s be cautious.”

Russia has launched an invasion of Ukraine. Their goal is simple. Vladimir Putin wants to topple Kyiv and execute a regime change in Ukraine. He is looking to install a puppet regime in Ukraine that pledges loyalty to Russia, and not the West. Putin is looking to demilitarise Ukraine, which means the country’s security would fall in the hands of Russia.

And that will happen. Sure, Ukraine is putting up a brave resistance. However, it will eventually fall to Russia. Even if it does not, Putin will ensure that his primary objectives are met through ongoing negotiations – which by the way, are not making much headway.

What that means is that Ukraine will be neutralised by Russia in a few weeks. When a puppet regime does take charge of Ukraine, will Kyiv’s application to the EU still stand?

It will collapse. It will be reduced to dust. It will become redundant.

Read more: The EU will cease to exist in the next 20 years

The only way out for Ukraine is for it to be immediately made an EU member state. That will trigger the EU’s collective defence treaty, giving Kyiv a fighting chance against Russia. But it is precisely to avoid such a scenario that the EU is refusing immediate membership to Ukraine.

The European Union has become a puppet in the hands of the Biden administration. Europe is split right in the middle. There are the likes of Poland and other East European nations that want the EU to go hard against Russia, but there are also the likes of France, Croatia and the Netherlands that are calling for maturity to guide the bloc’s way.

Poland and Hungary are being punished by the EU for not allowing their domestic rules of law to take a backseat in the face of the bloc’s laws. Meanwhile, Poland’s offer to provide the U.S. with MiG-29 fighter jets, to be used against Russia in Ukraine, was rejected by Washington.

Interestingly, those countries that claim to be the loudest proponents of Ukrainian sovereignty are also the ones taking continuous steps to help Russia achieve a victory in the ongoing war. That tells you everything about the tragedy of the European Union.