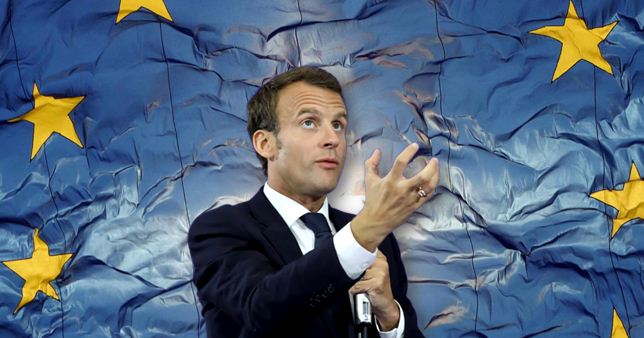 Finally, the European Union came into being in 1993. The EU was created with the aim of ending the frequent and bloody wars between European neighbours. It was also formed to ensure free movement of people, goods & services and capital across the European continent. EU works as a “Single market” through a standardized system of laws that apply in all member states.

The first big blow to the European Union came with the exit of Great Britain from the coalition. Termed ‘Brexit’, the exit of the British showed how the coalition was riddled with differences and some rather major disputes.

In the next 20 years, there is a high likelihood of the European Union ceasing to exist. Here are some reasons why:

The European Union is composed of 27 nations. These are different nations – with people who are different, even if they believe they are part of one big happy family. The governments are different, with their own set of ideologies. The ideologies are almost always different. For example, divisive forces within the EU are increasing.

The governments of Poland and Hungary, for instance, are resisting the European Union and its subsidiary organisations from interfering in the domestic policies of their nations. The EU remains starkly divided on how to deal with the menace of refugees; apart from it being torn by differing views over Islamic extremism and homosexuality.

Bloc-politics is something that plagues the European Union as a whole. Every big European power – France and Germany in particular, have their own set of loyalist European countries backing them. Germany depends heavily on Russian gas. Why? Because it has not modernised its approach to either governance, economics or administration.

It is for this reason that while France relies heavily on nuclear energy for powering itself, Germany depends on Russian gas. Germany’s economic model has been imbibed by several EU nations, who have all suffered severe lagging due to the inept leadership of Angela Merkel and Berlin for decades.

The smaller European countries cannot match up to the financial and economic strength of countries like Germany, France and Italy. They are therefore reduced to second-class countries within the EU. Can Baltic states compare themselves to France? Absolutely not, and that sheds light on the tragedy of being a small European nation.

Read more: Macron is behind the sudden anti-China uprising in Central and Eastern Europe

The power struggle between Germany and France has been intense. France has only recently taken charge of the EU. All these years, it was Angela Merkel from Germany who was calling the shots. Whatever she wanted is what the EU adopted as a matter of policy. Now, with France in charge of the EU, Germany will feel sidelined. This will only exacerbate the tensions between Paris and Berlin.

Geographical Expansion and Vastness of EU

Ukraine has applied to join the European Union as a member state. Georgia has done the same. On an immediate basis, this does not mean much. It is more of a message to Russia. However, when their applications are processed a few years down the line – the EU will increase in size.

The EU, when it was formed, looked at bringing all ‘Christian’ states together. Who was a Christian back then? Catholics or Protestants. But then began the journey of the EU towards the East. Now the thing with Eastern Europe is that the Christianity practised here is different. It is orthodox. It bears much more resemblance to the majority religion of Russia.

What does that tell you? EU has been subtly eating into Russia’s exclusive sphere of not just political, but also cultural influence.

The culture of Western Europe, frankly, is much different from the culture of Eastern Europe. Sandwiched in between is Central Europe. Ignored like an outcast is Southeastern Europe.  If the EU goes on adding more territory, not only will it make a mighty enemy out of Russia, but will also lay the foundation of its tombstone. The bigger the intergovernmental bloc, the more the differences and the higher the chances of an eventual collapse (read: Soviet Union).

Ever since the final collapse of the Western Roman Empire, Europe has been disunited, filled with dozens of powerful nations. Europe has been in a perpetual mode of war. Europeans have known nothing but to fight each other continuously. The enmity has been historical. 70 years of the European Union has not been able to bring about a psychological change within Europeans.

Read more: EU could descend into a civil war after the Ukraine crisis is over

Once again, war has broken out in Eastern Europe. The Ukraine war can have a precipitating effect not just in the country’s immediate neighbourhood, but all across Europe. It can widen faultlines and exacerbate differences.

There is a massive East-West divide that runs through the middle of the European Union. Western and Northwestern European nations are largely capitalistic. Those in the East have not embraced that model of economics, which is why they are tremendously lagging.

What’s worse, despite propounding ideas of brotherhood and unity, the West has never really taken any initiative to ensure the economic and infrastructural development of Central and Eastern Europe. All that they care about is for Eastern Europe to serve as a buffer zone between what they consider ‘Europe’, and Russia.

The war in Ukraine has opened the floodgates for Europe’s many woes to be worsened. They will ultimately lead to the collapse of this Union, and that could happen in the next two to three decades.

Trump will come back in 2024, and newly-minted global relations are bound to change