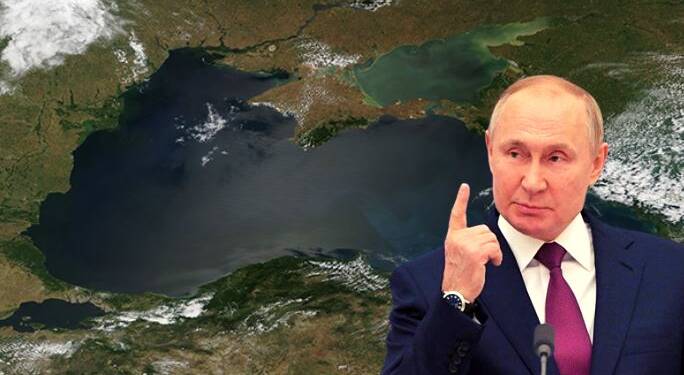 Russia has made rapid advances in Ukraine after launching a full-scale invasion of the country in the early hours of February 24. And now, Russia is also looking to take full control of the Black Sea.

The Black Sea serves as a crucial transport route for supply of oil and gas to Europe. So, big European powers are now at Moscow’s mercy for oil and gas supplies.

Moscow has been consolidating its control over the Black Sea. Even before launching the invasion, Russia was disrupting Ukraine’s maritime trade through the Black Sea.

The Black Sea has six countries on its shores- Russia, Ukraine, Georgia, Bulgaria, Romania and Turkey. Three of these countries are NATO members and two of them are considered close NATO allies. Yet, NATO couldn’t maintain any presence in the maritime region despite growing Russia-Ukraine tensions.

So, there was no stopping Russia when it decided to take over Zmiinyi Island in the Black Sea. The Island is located south of the port city of Odessa, an important hub for Ukrainian oil and gas exports to Europe and other parts of the world. Before Ukraine could anything, ships off Ukraine’s Odessa port came under attack and the port is now shut.

Turkey bows down to Russia

Meanwhile, Turkey too has made it clear that it will not take on Russia. Ukrainian President Volodymyr Zelensky wanted Ankara to seal the Bosphorus and Dardanelles straits. This would have blocked Russian warships from returning to the Black Sea.

However, Turkey cannot block the two straits. It is bound by the Montreux Convention of 1936. The Convention provides that Black Sea states, namely Bulgaria, Romania, Ukraine, Russia, and Georgia are allowed to move their warships through the two straits after notifying Turkish authorities.

So, Russia has basically taken full control of the Black Sea and Ukraine clearly seems helpless.

The Black Sea is an important route for oil supply to Western Europe. Countries like Germany and Italy located west of the Black Sea depend for their oil needs on the countries on the east.

Oil supplies from Kazakhstan, Azerbaijan, Russia and Ukraine reach such European nations via the Black Sea.

And then, oil is not the only concern. Black Sea is also an important transportation route for supply of Ukrainian steel into Europe.

Ukraine alone accounts for over 10 percent of total steel supply to Europe. It has some major steel plants located along the Dniper river operated by big companies like ArcelorMittal, Metinvest BV and Interpipe. Now, Russia might also be in a position to control iron and steel supplies to Europe.

Putin has literally turned the Black Sea into the Russian Sea and has seized total control of European oil supplies.

Cool Deep soul quotes to help you identify one