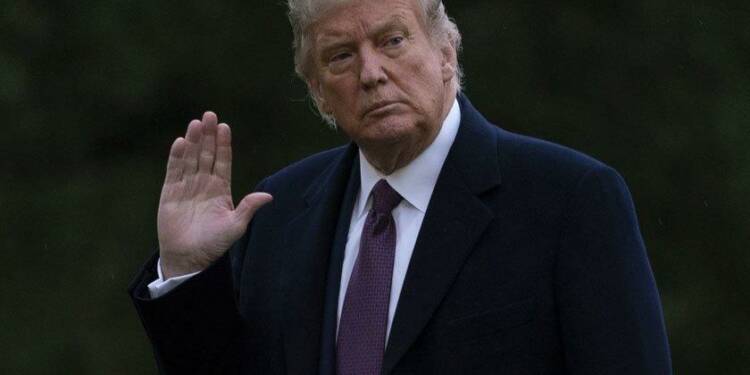 Whether you admire him or not, one thing was very clear about the former US President Donald Trump—he was truly a China hawk president. He set a global anti-China campaign in motion; he built alliances focused on containing the rise of China; he unleashed a war on China’s economic warfare; he stood up to China’s belligerence in the South China Sea. While Russia was not let off the hook by the Donald Trump administration, this became crystal clear that China was the greatest threat to America’s national security.

But everything changed as soon as 79-year-old Joe Biden became the US president. The anti-China campaign that Trump set in motion suddenly lost its sheen. Biden termed Russia as the greatest threat to America, even if it didn’t take any concrete step to ward off the Russian threat to America’s European allies. Biden systemically weakened all anti-China alliances. The Quad; the biggest of all, was left in the lurch. Biden even went as far as to reaffirm the USA’s commitment to the imaginary ‘One-China Principle’. That means the US no longer considered Taiwan an independent entity. And that’s why even Taiwanese are now missing the former US president more than ever.

Survey shows distrust for US rising among Taiwanese

A recent survey by Taiwan Public Opinion Foundation (TPOF) has revealed that the Biden administration has become highly unpopular among the Taiwanese. The survey revealed that a whopping 56% of the Taiwanese believe the US would not come to defend Taiwan should China invade the island nation. Only 34.5% of the respondents said US would come to Taiwan’s rescue. Interestingly, Taiwanese now appear to trust Japan even more than the US. Around 44% of the respondents said they think Japan would involve itself militarily if China invades the democratic island.

Impact of the Ukraine war on the US-Taiwan relations

Well, this survey lays bare the faltering alliance between Taiwan and the US; especially in the backdrop of the Russia-Ukraine crisis. The USA’s threats to Russia amid Russia’s invasion have been all bark and no bite. It has done little to help Ukraine defend its territory against the Russian offence. Biden’s denial to help Ukraine is based on the assumption that USA’s involvement could trigger an all-out war between NATO and Russia, thus creating a WW3-like scenario. Biden may be impeccable in his assessment, but that’s for sure that it has emboldened the warring Russian president in epic proportions.

Now, this is having a devastating impact on the US-Taiwan alliance. Taiwanese are realizing that they would also be left to fend for themselves in a case of Chinese invasion. These fears are not unfounded, since the Biden administration is now desperately trying to court China’s support against Russia. In a recent phone call between Xi Jinping and Biden, the US president also appeared to assure his Chinese counterpart that the US won’t lend support to secessionist powers of Taiwan.

The Chinese Foreign Ministry quoted Joe Biden as saying that the U.S. is ready to have candid dialogue and closer cooperation with China, should the US stay committed to the one-China policy, and effectively manage competition and disagreements to ensure the steady growth of the relationship. In fact, Xi Jinping warned Joe Biden on the Taiwan front, saying that mishandling the Taiwan question will have a disruptive impact on bilateral ties.

It is true that Americans who are really worried about dealing with the China threat are missing Trump, but the Taiwanese are missing him even more. Trump spent his years in the White House bolstering the US-Taiwan economic and diplomatic alliance, which had angered the CCP regime without fail. But Biden is not even 10% of that! He is a great China dove of all times, and that has put the very existence of Taiwan at stake.