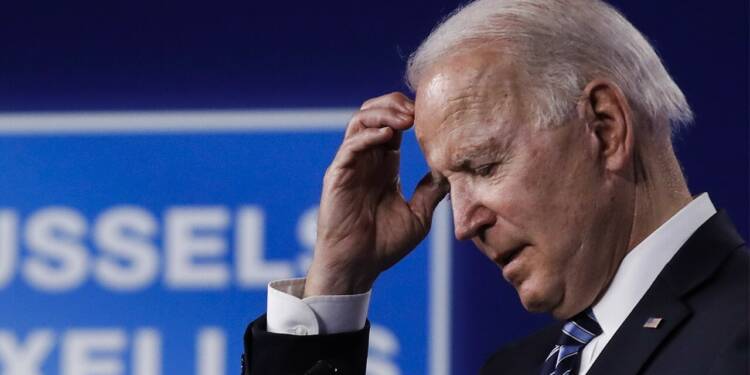 As India strives to balance its connections with Russia and the West, US President Joe Biden remarked that only India among the Quad group of countries is “slightly unsteady” in acting against Russia over its invasion of Ukraine.

While the other members of the Quad — the US, Japan, and Australia – have implemented sanctions or even publicly chastised Russian companies and persons, India has not, for a variety of reasons.

India is in a unique position because it is one of the few countries that has strong relations with both the US and Russia. Despite India’s decision to diversify its portfolio and promote domestic defence manufacture, Russia remains India’s largest arms supplier, with a stake of 49 per cent down from 70 per cent.

Also, Russia is delivering equipment such as the S-400 missile defence system, which provides India with a critical strategic deterrent against China and Pakistan.

Furthermore, Moscow has already vetoed UNSC resolutions on the Kashmir issue in the past to assist India in keeping the matter a bilateral one. As a result, it is only reasonable for India to refrain from taking sides in the existing situation and instead focus on fostering dialogue as a means of resolving the problem.

However, what Biden missed while blaming India was the fact that his actions for the past 1 year and the resultant escalations have given a free hand to the Chinese Communist Party to increase its heft in the Indo-Pacific.

It shows that Biden is willing to give China more confidence, assertiveness, and fearlessness. However, by putting India on the back burner because it refused to do Biden’s bidding in the ongoing Russia-Ukraine conflict, the US president is giving China tremendous regional clout. While he can easily accuse India, he is unable to say anything to China and, for all we know, is assisting Beijing.

Biden told a business forum on Monday, referring to Russian President Vladimir Putin, “in response to his aggression, we have presented a united front throughout the NATO and in the Pacific.” “The Quad – with the possible exception of India being somewhat shaky on some of these – but Japan has been extremely strong, so is Australia in terms of dealing with Putin’s aggression.”

Biden has committed the biggest policy blunder in his entire tenure to date. He has tried to cancel India’s role in the Indo-Pacific. And this has immediately led to China ramping up its military mobilization in the South China Sea region. So as the developments go, Biden is therefore on the verge of giving away the Indo-Pacific to China.

Japan and Australia have agreed with India’s stance on Russia. These three Quad countries have now reached an understanding. Japan attempted to sway India by encouraging it to denounce Russia. New Delhi, on the other hand, needed to protect its own national interests. India has made it clear that Russia’s war in Ukraine cannot be used to excuse China’s actions.

However, the joint statement issued after the two leaders’ meeting made no mention of Russia, although it did call for an immediate cessation of violence in Ukraine – which is a consistent line taken by New Delhi ever since the conflict first began.

Moreover, in a declaration that caught the Biden administration off guard, the Australian High Commissioner to India, Barry O’Farrell revealed on Sunday that Quad nations (United States, Australia, Japan) have accepted India’s position on the Ukraine-Russia war.

O’Farrell said, “The Quad countries have accepted India’s position. We understand that each country has a bilateral relationship and it is clear from the comments of the MEA (ministry of external affairs) and Prime Minister Modi himself that he has used his contacts to call for the end of the conflict and no country will be unhappy with that.

In essence, India, Japan, and Australia have joined forces to safeguard Quad’s sanctity. These countries will not let Joe Biden enforce his agenda throughout the entire security grouping. Meanwhile, the Japanese and Australian governments have agreed on India’s stance towards Russia, and the Biden administration will have to follow suit sooner or later.

Joe Biden’s nuclear deal will make Iran the king of the Islamic World.