Israel didn’t support the US against Russia. So, Biden is now openly funding anti-Israel NGOs 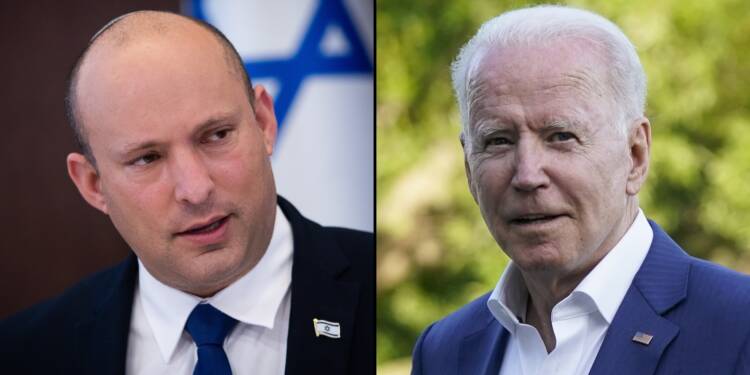 From day one into his presidency, Joe Biden has shown no qualms in undermining Israel’s position in the Israel-Palestine conflict. His years-old rivalry with the then Israeli Prime Minister Benjamin Netanyahu was hardly a secret. He even ignored phone calls from Jerusalem and resumed the US funding to so-called humanitarian agencies in Hamas-ruled Gaza.

But in the backdrop of the Russia-Ukraine conflict, Biden is appearing to have launched a fresh assault on Israel’s sovereignty. The Biden administration has now offered a grant of up to $987,654 for projects that include reporting human rights violations by Israel, thus openly funding and backing organizations that seek to boycott, sanction and ostracize Israel on the world stage.

This also means that the US is admitting to the dubious fact that Israel actually engages in human rights violations on the territories controlled by it. The project announced by The Bureau of Democracy, Human Rights and Labor (DRL) is meant to “collect, archive and maintain human rights documentation to support justice and accountability and civil society-led advocacy efforts, which may include documentation of legal or security sector violations and housing, land and property rights.” The projects can also “take meaningful action in pursuing truth, accountability and memorialization; and/or provide psychosocial support to survivors of atrocities.”

The question arises; Why the US is suddenly turning its guns on its own ally Israel even as it continues to face dangerous escalation from Russia and China? Well, there could be two possible reasons behind this move. The USA’s anti-Israel moves could be driven by Israel’s neutral position on the Russia-Ukraine war, and its protracted policy of pleasing Iran in a bid to resuscitate the JCPOA deal.

Also, Israel doesn’t want to irk Russia in order to sustain its hard-earned de-conflicting mechanism in Syria. Unlike Joe Biden, securing Israel’s borders is a priority for the Naftali Bennett administration, and that explains why Israel is not so keen on antagonizing Russia. Israel, on the other hand, is also providing safe havens to Russian oligarchs being targeted by the Western sanctions.

This seems to have annoyed the Biden administration in epic proportions.

Another possible reason behind Biden’s decision to punish Israel seems to be his desperation to please Iran and revive the JCPOA. Israel and Iran see each other as a threat to their respective political and security establishment. Israel believes that once the deal is struck, Iran would further feel emboldened to have its way vis-à-vis its nuclear ambitions.

But Biden seems to be desperate for his own motives when it comes to the revival of the JCOPA agreement with Iran. He is, in every possible way, trying to please Iran in order to conclude the deal. By providing funds for inspecting the human rights violations in Israel, USA is admitting that Israel is committing crimes against non-Jewish people in the region. This has come as a major setback to Israel. It seems that Biden’s desperation has reached to a level where he is even ready to put the US-Israel relations at stake!

Read more: The Russia-Ukraine war will end up ruining the Israel-US ties forever