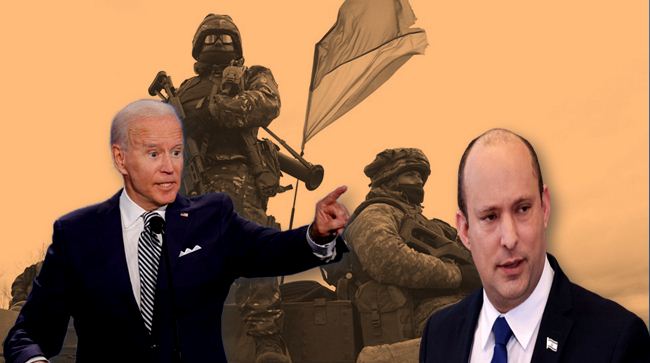 Israel is walking a diplomatic tightrope. The Russian invasion of Ukraine has put the Jewish nation in a tight spot. Israel has a wide-ranging and tremendous understanding with the Kremlin not just in Syria, but across the Middle East and more recently, even in Africa. It surely does not want to upset Moscow. But The United States and its present regime under the Biden administration is not happy with Israel’s recent diplomatic gambling.

Israel declined to sign on as a sponsor to the UN Security Council condemnation of Russia last week. This week, it attempted to engage in some damage control. Israel’s belated decision to vote in favour of a UN condemnation of Russia’s actions and to hold off on sanctions was met with disappointment from its US allies, who said it was “too little, too late.”

The United States, according to an Israeli source, also said, “Countries that have far more to lose have taken a clear stance. Only Israel, which is always good at reminding others about how they failed to stand by the Jewish people during dark times, has done everything not to do anything.”

Therefore, Washington is upset. What that means is that the U.S.-Israel alliance could be coming to an end due to the war between Russia and Ukraine.

Russia and Israel have something called the ‘deconflicting’ mechanism in Syria, effectively allowing the Israeli Defense forces to carry out airstrikes in the war-torn nation without any response from Moscow.

Moscow is the biggest security provider to Syria. It has deployed its S-300 air defence batteries to prevent rivals from bombing the Syrian Army’s defence assets. Similarly, it has also deployed S-400 air defence batteries to safeguard its military assets and troops. All in all, Moscow rules the skies in Syria, which can effectively curtail Israel’s offence against terrorists operating in the country.

However, Moscow allows Israel to carry out operations against Iranian proxies in Syria, most importantly, the Lebanese Hezbollah. If Israel were to speak out against Russia, Vladimir Putin would pull the plug on the de-conflicting mechanism – which was only recently reinstated after great toiling by Tel Aviv. This would allow Iran a free pass in Syria, and that would be a security disaster for the Jewish nation.

Apart from Syria, Israel also has to cooperate with Russia in Africa – especially in countries like Morocco and Sudan. Israel has taken a position starkly different to that of the United States in these countries. That has already led to the souring of ties between Tel Aviv and Washington.

Read more: Coup in Sudan brings Russia and Israel closer, despite US resentment

There is another angle that is playing in the minds of the Israeli establishment. That is the one where Jewish Russian oligarchs get sanctioned by the West, resulting in them not being able to pump in much-needed money into Tel Aviv.

The best-known oligarch is Roman Abramovich. He is a generous benefactor of hospitals and public causes in Israel, including a pledge of tens of millions of dollars to the Yad Vashem Holocaust Remembrance Center. What’s most important is that he is a pro-Israel lobbyist in Moscow and is a close associate of President Vladimir Putin.

Toeing an anti-Russia line will make it difficult for such oligarchs to cooperate with Israel on a number of issues. Joe Biden has always had pro-Palestine inclinations. Now, with Israel not toeing the American line on Russia, the Biden administration will work to antagonise Tel Aviv, while empowering ‘Palestine’. This, however, will prove counterproductive, as it will push Israel into Russia’s arms even further.

GTB Meaning with Explanation and Definition