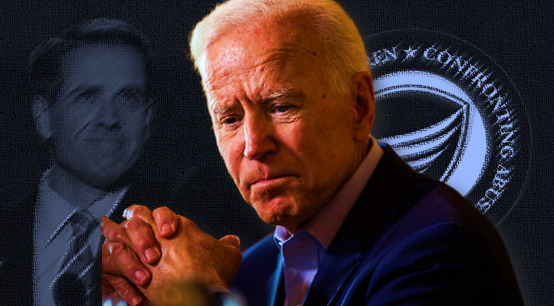 Have you heard of the Beau Biden Foundation? It is a charity linked to the Biden family and was started in June 2015, following the death of Joe Biden’s son Beau Biden. The charity is quite popular and received donations worth millions of Dollars in 2020. However, the latest New York Post report points out that the charity spent only a fraction of the donations it received towards its stated purpose of helping kids.

In 2020, the Beau Biden Foundation for the Protection of Children received a sizeable sum of $3.9 million. However, only a small amount of that sum was actually spent on its purported mission to help kids.

The charity reportedly got a sum of $1.8 million from the Biden Foundation that was started by Joe Biden and Jill Biden for “progress and prosperity for American families.” The charity was shut down following Joe Biden’s decision to run for President and therefore millions of dollars were infused in the Beau Biden Foundation.

Read more: Biden finally admits that he has some invisible masters and he’s a just a puppet

The Delaware-based charity also received $225,000 from entities linked to a top political donor. Yet, the organization put only $544,961 in 2020 toward its stated purpose of protecting children from abuse.

New York Post has further reported that the Beau Biden Foundation spent a total of $932,865 in 2020, and a major chunk was devoted toward six-figure salaries of Biden cronies holding executive jobs at the Delaware-based charity.

Patricia Dailey Lewis, who served as Deputy Attorney General under late AG Beau Biden, operates the charity. She was paid a hefty sum of $150,660 which included a $3,500 bonus.

Lewis isn’t the only one who got a six-figure salary. Even Joshua Alcorn, a longtime Democratic operative consultant who was consulted on both Beau Biden’s and Joe Biden’s political campaigns, served as COO and was paid $131,437. He has since stepped down.

According to New York Post, CharityWatch says that top-rated charities spend a minimum of 75 percent of their budget on their core program. However, Beau Biden Foundation spends only 58 percent of its budget on its core aim.

Laurie Styron, the executive director of CharityWatch, said, “A 58 percent program ratio does not reflect a high level of financial efficiency.”

Biden family members on the board

Apart from low spending efficiency, there also seems to be a conflict of interest. Following Biden’s accession to the Oval Office, the charity had said that it wouldn’t take money from lobbyists or foreign donors. It had also promised that it would release the names of its major contributors on its website to enhance transparency.

As per New York Post, the detail was temporarily uploaded on the Guidestar website but was removed by Friday. The charity’s donors in 2020 included Masimo Corporation, a medical device manufacturer, and the Masimo Foundation. Both the groups are led by Joe Kiani, who contributed $750,000 to the pro-Biden Unite the Country PAC in 2020.  Last year, Kiani was named to a presidential advisory committee on science and technology. Kiani’s company has also been awarded millions in government contracts.

There is no clarity coming from Joe Biden on the latest report released by New York Post. However, it is clear that there are some serious issues with the Beau Biden Foundation that only mount further political trouble for the US President.