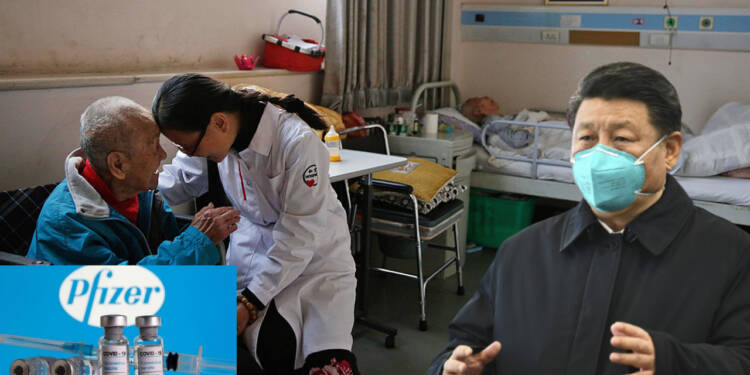 For China, which spent the last decade singing the songs of the superiority of its pharma sector over that of the West, relying on Chinese vaccines to dampen the raging pandemic was an obvious choice. Then, China’s CoronaVac and Sinopharm vaccines were introduced, which were touted as the only viable solution to neuter Covid-19, not just to the Chinese but also to the world. By April of 2021, Chinese vaccines had gone global. Chinese vaccines accounted for half of the total vaccines delivered globally.

When Chinese vaccines turned out to a big disaster

But soon this precarious empire of the Chinese vaccines came crashing down heavily. Nations around the world realized that Chinese vaccines were not effective enough. Although hesitantly, even Chinese scientists started ringing alarms over their usability. In June of 2021, nations like the UAE, Mongolia, Seychelles and Chile that relied majorly on the Chinese vaccines, started to experience something really unexpected—an unprecedented surge in the Covid-19 infection rate despite impressive coverage of their respective immunization programs.

Frankly speaking, even China never relied on its own vaccines after getting such negative feedback from its vaccine importers. “Zero Covid Strategy” remained the strongest pillar of China’s policy to counter Covid-19. China’s only solution to Covid-19 was—to seal all Chinese shut in their homes so nobody would get infected. And it worked, quite impressively, at least on papers. If official data is to be believed, the pandemic actually never hit China. To date, China has registered only 0.15 million Covid-19 cases and just 4,600 deaths.

China grappling with the fourth wave of pandemic

After February of 2020, March of 2022 has panned out as the worst month for China as far as the covid figures on papers are concerned. The fourth wave of the pandemic has been forcing millions of Chinese citizens shut in their homes. India’s Zee News reported that a record 3,450 asymptomatic Covid-19 infections were reported in Shanghai on Sunday, prompting authorities to put its largest city, having a population of over 26 million, under lockdown.

China has so far reported more than 56,000 coronavirus infections this month, with a surging outbreak in the northeastern province of Jilin accounting for most of them. China is now realizing that its Zero-Covid strategy can’t be sustained and its futile Covid-19 vaccines can’t be relied upon. So, to deal with this unprecedented crisis, China is taking some really unprecedented steps. For the first time, swallowing a bitter pill of humiliation, China has accepted to import Western vaccines. So far, even talking about importing western vaccines was considered taboo. Advocating for non-Chinese vaccines would have led you to be labelled as a western stooge or less patriotic.

But things are changing. The Chinese government has realized that the charade of the effectiveness of its vaccines has broken long back, even among the ordinary Chinese. Recently, the CCP administration of Shanghai revealed in its updated Covid guidelines that it would now support import of the western vaccines and therapeutic drugs. Make no mistake, China is already using imported Pfizer pills in the hardest hit Jilin, to tame the surging pandemic. Observers say that this was the first mention of the possible use of the imported vaccine in mainland China.

Shanghai updates #COVID19 guidelines to include it will “support the import of Covid vaccines and therapeutic drugs”. 1st mention of possible use of imported vaccine in mainland #China rules as China tinkers zero-Covid. Pfizer pill in use in hard-hit Jilin https://t.co/8L3nJy0fQ6 pic.twitter.com/naDtgbhU1T

The country until now was sticking steadfastly to domestically developed vaccines and therapeutics, even withholding approval for the highly potent mRNA shot co-produced by Pfizer and BioNTech. China is among the last economic superpower, which is still hooked on the interminable pandemic. It is a task that’s becoming increasingly difficult in the face of more transmissible variants like omicron and delta.

The lower efficacy of China’s homegrown vaccines is seen as a key reason behind the ongoing strategy, and having an effective antiviral in its arsenal could help mitigate that disadvantage if the virus was allowed to circulate more freely.

It seems that CCP is now frustrated with its product. The virus that it allegedly developed and spread across the world is now forcing it to take the help of its biggest rival, the US. Importing the western vaccines is a clear sign that Xi Jinping has completely failed to contain the virus in his home ground, and is now suffering from extreme pressure due to the upcoming CCP congress, scheduled at the end of this year. That’s why he is now scraping the much-advertised (so-called landmark and example setting) Zero COVID Policy of CCP with the help of western vaccines.

Indo-Pacific has a ‘nuclear’ message for China