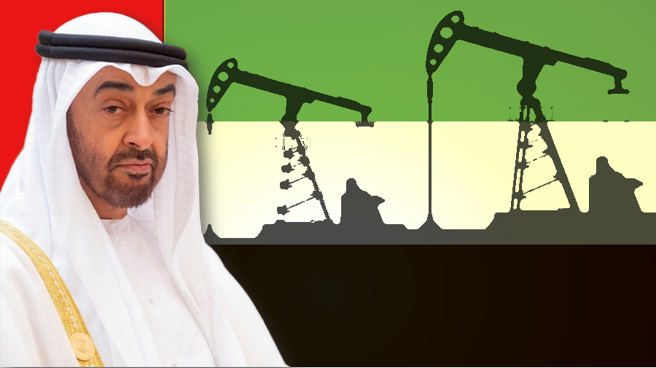 Abu Dhabi has good relations with the United States and its allies and also have with them a very special relationship with Russia. Meanwhile, it exercises significant influence over Gulf countries that export oil around the world. It is one of the most important members of the Organisation of Petroleum Exporting Countries (OPEC).

That makes its leader, MBZ, a very important man. Oil prices around the world are soaring. Russia is being punished for its invasion of Ukraine. The Biden administration is pushing the world to reject Russian oil, but doing so on an immediate basis could turn international oil markets and energy security upside down.

In such a situation, UAE’s Mohamed bin Zayed is playing the role of a pragmatic, far-sighted, and mature leader. He is cleverly using the UAE’s influence over both the USA and Russia to prevent the world from slipping into an energy crisis.

Consider this: The United Arab Emirates’ energy and infrastructure minister has insisted that Russia will always be a part of OPEC+. Suhail Al Mazrouei, a former president of the oil alliance said no other country could match Russia’s energy output and argued politics should not distract from the group’s efforts to manage energy markets. He added, “Always, Russia is going to be part of that group and we need to respect them.”

The UAE is therefore shunning the West’s blatant attempts at jeopardizing the world’s energy security by antagonizing Russia and pushing countries to reject its oil. UAE’s leader has stepped in and assured Russia that nobody will be able to push it out of OPEC+, and that is a very significant commitment.

Meanwhile, it is not like the UAE is toeing Russia’s line alone. It also continues talks with the United States and countries in the Middle East. Of course, the UAE’s ties with Washington had seen better days before. Therefore, MBZ is trying to show Joe Biden how he is singlehandedly capable of wrecking the White House’s plans of creating an oil crisis in the world.

To the same effect, Crown Prince Mohammed bin Zayed held crucial talks in Morocco with Secretary of State Antony Blinken. The two discussed the oil scenario in the Gulf and around the world, as Washington once again pushed the Arab country to ensure that OPEC increases oil output to cool off soaring prices.

MBZ is the one who will decide what is to be done with oil output. All that Biden can do is request and plead with the Gulf nation. MBZ holds all the cards at this time, and it is his clarity of thought that has prevented major shockwaves from hitting the oil markets in the past month.

Separately, the UAE is also enhancing cooperation with the Abraham Accord states of Israel, Bahrain, Egypt, and Morocco. Egypt had a peace treaty signed with Israel way before the Abraham Accords came into being.

The foreign minister of these countries along with Antony Blinken met on Monday at the Negev summit held in Israel and pledged to strengthen security and economic cooperation between them and other countries. At the end of the historic meeting, these countries decided to turn the summit into an annual forum that will rotate between the countries and form six working groups to focus on security issues, energy, tourism, health, education, food, and water security.

According to Axios, the countries also agreed to establish a regional framework for cooperation against ballistic missiles, drones, and piracy in the Red Sea.

Read more: UAE rides the African safari while the world gets busy with Ukraine

Mohamed bin Zayed is following a very shrewd strategy here. He is pursuing an independent foreign policy for the UAE and is choosing to not put all his apples in one basket. Abu Dhabi is ensuring that Russia is not alienated by the U.S., which if allowed, would have led to an oil crisis. Simultaneously, he is engaging with Washington, but also drawing a red line for Joe Biden. Most importantly, MBZ is strengthening his influence over Middle Eastern nations. All of this contributes to a sense of stability in the oil-rich region.

Laura Haddock’s kid Pip Claflin: all you need to know