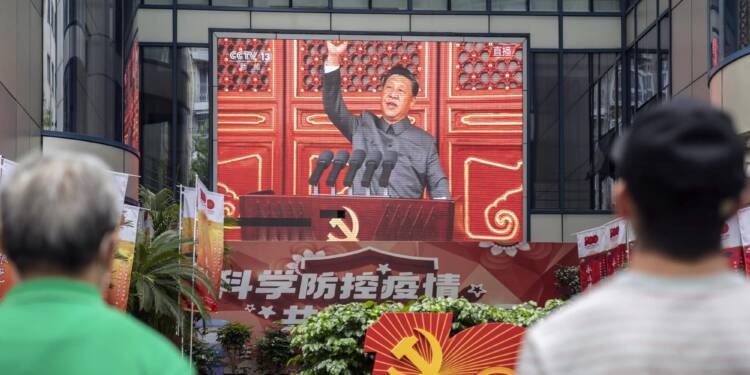 Hong Kong’s long-standing business strength has been quietly but steadily suffocated by the Chinese Communist Party. The city is now a shadow of its former self, and this is all part of Xi Jinping’s master plan. However, as things stand, China has not only destroyed Hong Kong but its businesses in a general sense as well. The impact of the zero-Covid policy, coupled with the aggressive implementation of common prosperity has led to a situation where the term ‘prosperity’ may soon become synonymous with poverty. An impossible task, but Xi Jinping may very well pull it off.

Wealthy Chinese are becoming increasingly concerned about keeping their money on the mainland, and some regard Singapore as a safe haven. Affluent Chinese have been looking for other venues to park their riches since protests rocked Hong Kong’s economy in 2019. Singapore attracted investors because of its huge Mandarin Chinese-speaking population and the fact that, unlike many other nations, it does not levy a wealth tax.

After Beijing’s surprise crackdown on the education industry and emphasis on “shared prosperity” — moderate wealth for all, not just a few — the trend appeared to pick up last year. According to CNBC’s conversations with Singapore-based firms that help wealthy Chinese shift their assets to the city-state through the family office structure, this is the case.

China’s phenomenal economic growth has produced hundreds of billionaires in just a few decades. According to Forbes, the previous year saw a significant increase in the number of people joining their ranks. According to the data, China now has 626 billionaires, second only to the United States, which has 724 billionaires. It is these people who are scared of Xi Jinping’s common prosperity fanaticism, which runs against the ideals of Deng Xiaoping. They are concerned that China will begin extorting money from them on a large scale, and that as the economic situation worsens, Beijing will seek a second iteration of the cultural revolution.

An investment exodus from China to Singapore, courtesy of ‘common prosperity’

According to Ryan Lin, a director at Bayfront Law in Singapore, new family office-related work is disproportionately coming from Chinese clients. India, Indonesia, and parts of Europe are among his firm’s clients.

Mainland China’s capital controls, which impose a yearly maximum of $50,000 in foreign currencies, hinder the ability of those billionaires to move money out of the nation, according to Lin.

The limit is set by the State Administration of Foreign Exchange, which did not immediately respond to a request for comment from CNBC. Despite the fact that capital limitations have caused many Chinese clients to create family offices with lower amounts of capital, Lin claims that the majority of his clients have revenue-generating businesses outside of the mainland.

In a speech last year, Xi advocated for a tax on “excessive” income in order to achieve the Marxist vision of common prosperity and reduce wealth inequality in China. Those remarks were followed by months of intensified scrutiny of China’s giant internet and education enterprises, as well as real estate developers — all of which have amassed immense riches for their founders and executives in barely two decades.

According to Jenga’s Xu, Covid-related restrictions on overseas travel have heightened wealthy Chinese interests in establishing family offices in Singapore. Adults who invest at least 2.5 million Singapore dollars ($1.8 million) can apply for permanent residency under the country’s global investor programme.

Since the outbreak, several Chinese citizens have also discovered that the Chinese government has the authority to halt passport issuance and renewal services in the name of virus control.

Furthermore, Bayfront’s Xu and Lin emphasized that inquiries from Chinese people interested in setting up family offices in Singapore have increased at a rate similar to that of 2021.

With all the statistics in front of us, it is obvious that Xi’s Common Prosperity call has been extremely beneficial to Singapore, and it is leaving no stone unturned to maximise the profits.