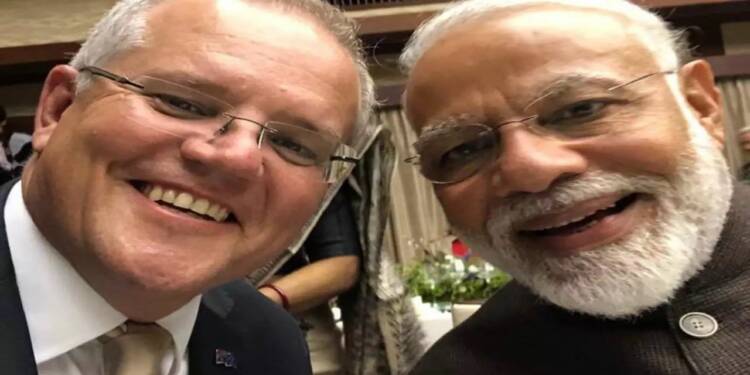 India-Australia recently signed a free trade agreement also called as Australia-India Economic Cooperation and Trade Agreement. It is an ambitious free trade agreement (FTA) in goods and services slashing import duties on a wide variety of items. The deal will eliminate duties on 96 per cent of Indian goods. Likewise, about 85 per cent of Australia’s exports will get zero-duty access to the Indian market, including coal, sheep meat and wool, and lower duty access on Australian wines, almonds, lentils, and certain fruits.

In 2015, China and Australia signed a free trade agreement, paving the way for Australia to reap significant benefits, including improved competitiveness in the Chinese market, increased economic growth, and job creation. However, the relations started wearing off after Australia became one of the first countries to raise national security concerns over Huawei.

More recently, the political dynamic reached a low when Australia called for an independent investigation into the origins of the COVID-19 pandemic. China perceived it as a direct strike on its esteem and called it a ‘series of wrong moves by Canberra. Since then both sides have locked their horns and a trade war commenced.

Also, the COVID-19 pandemic revealed the world’s over-reliance on China in the supply chain. Many countries have learned the hard way that putting all their eggs in one basket is not a good idea.

Therefore, Australia sees India, the second-most populous country, as a perfect opportunity to diversify its trade portfolio and as a substitute for the Chinese exports, that used to help the island nations for years.

“This agreement opens a big door into the world’s fastest-growing major economy for Australian farmers, manufacturers, producers and so many more,” Morrison said in a statement.

“This agreement has been built on our strong security partnership and our joint efforts in the Quad, which have created the opportunity for our economic relationship to advance to a new level,” Morrison further added, referring to the security grouping of India, the US, Australia, and Japan.

Also read: Welcome to Model California: Any time of year, no healthcare

Nonetheless, the contract is more essential given that India’s present administration is unwaveringly devoted to pursuing self-sufficiency through its Atma-nirbhar Bharat program. As a result, India is wary about negotiating free trade agreements. Its antipathy to free trade agreements was highlighted when it withdrew from the Regional Comprehensive Economic Partnership, which was designed to open up trade. India’s lone free trade agreement struck in the last seven years was with the Association of Southeast Asian Nations, which has ten members. Besides, Trump once referred to India as a “difficult negotiator” when it came to free trade agreements.

So, what stimulated India’s changed stance on finalizing FTA with Australia? Well, Australia’s anti-China stance explicitly explains India’s approach. The world has been taken aback by India’s elation at signing a free trade agreement with Australia. The softening of India’s stance on FTA negotiations sends a clear message: if a country wants to be in India’s good books, it must treat China harshly. India wants to make it blatantly clear to the west that the main threat is China, not Russia.