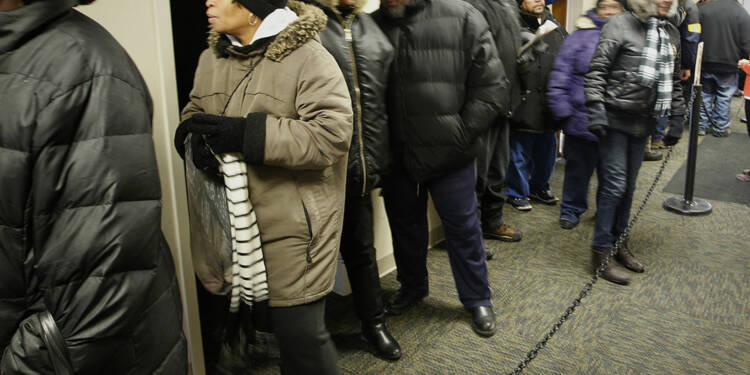 We are all familiar with the term “re-education”, are we not? It’s what the Nazis did. It’s what China is doing. Basically, it is what authoritarian regimes do to quell dissent and opposition. They change the very mindset of their people. That’s what is now happening in California. That’s right. Chinese-styled re-education programmes will now be held in the Democratic-ruled state of California. Why so, you might ask? Well, Democrats now believe that they must destroy California’s healthcare sector by infusing it with toxic ‘woke’ agenda.

California stands at the cusp of a big and devastating change. You see, state Senator Scott Wiener (D-San Francisco) has just introduced Senate Bill 923, or the Transgender Inclusive Care Act in the state legislature. According to the proposed legislation, health care providers and their employees will be required to complete “evidence-based cultural competency training” for the purpose of providing “trans-inclusive” health care to patients who identify as transgender, gender non-conforming and intersex (TGI).

Basically, all doctors, nurses and other health professionals that come in contact with patients will now be ‘re-educated’ with the toxic ‘woke’ ideology that sees gender as a mere social construct rather than a function of the biological realities of nature.

So, any patient, including minors, claiming to not be boys and girls will be treated as individuals who identify as transgender, gender non-conforming and intersex (TGI). According to the Epoch Times, all healthcare staff found not to be providing trans-inclusive care would be required to complete refresher courses “on a more frequent basis if deemed necessary.”

Participants would be trained to use “TGI-inclusive terminology, using people’s correct names and pronouns, even when they are not reflected in records or legal documents.”

The training, according to the bill, would also promote “avoiding language, whether verbal or nonverbal, that demeans, ridicules, or condemns TGI individuals” and “avoiding making assumptions about gender identity by using gender-neutral language and avoiding language that presumes all individuals are heterosexual, cisgender or gender-conforming, or non-intersex.”

How will this Affect California’s Healthcare System?

The proposed legislation would make life miserable for healthcare staff in California. What the legislation does not take into account is the fact that many doctors and nurses do not conform to the ‘woke’ gender agenda. They do not believe that there can be as many genders among humans as there are stars in the sky.

Furthermore, it is impossible to conduct treatment, especially in exigent times, while conforming to gender-neutral lingo. Respecting sentiments is not really the top priority of any medical professional when the patient’s life itself is in danger.

Yet, that’s what the proposed bill dictates medical staff to do. They must fall in line with the gender agenda of far-left lunatics, or get punished with repetitive re-education classes that aim at turning them into braindead liberals.

To top it all, the legislation proposes to bypass and ignore the decisions of parents. So, kids will now choose their genders; will be given hormones of the other sex and will also be surgically transformed into a gender of their choice – all while the parents watch helplessly and are snubbed for being ‘conservatives’ or radical Republicans.

Parents are now coming together with Republicans and medical groups in California to demand that their children be left alone.

Not just that, the legislation would mean spending tens of millions of tax dollars to pay transgender activists to train the medical community. Is that viable? Absolutely not. But then, when have Democrats and their left-leaning masters ever shown fiscal prudence?

California is going to the dogs. Only ordinary people can save it now. Perhaps it is for this reason that recent polls show Democrats’ likability dipping in the state, in what is the only silver lining anywhere near the horizon right now.

How could China exploit the Ukraine crisis to legitimize the brutal Taliban regime?