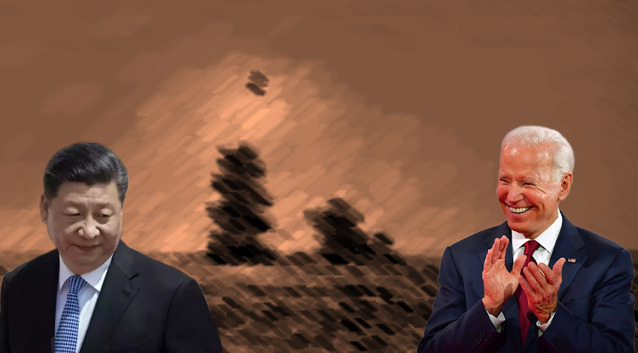 Nikkei has reported that the US has decided to discontinue the development of a new nuclear cruise missile. Needless to say, Biden’s decision puts the US and its allies in an uncomfortable position.

Former President Donald Trump was the one to roll out plans for enhancing US nuclear capabilities.

He focused primarily on two projects-

The Biden administration claims that the US has sufficient capability to counter both China and Russia without the new missile.

It also believes that scrapping the project could help the denuclearisation drive gain momentum. Biden is simply following his former boss Barack Obama’s utopian goal of a “world without nuclear weapons.”

But this comes at a great strategic cost to the US. Since the end of the Cold War, the US has pursued the disarmament agenda with great vigor. It has reduced its nuclear stockpile by over 80 percent and there has been a 90 percent reduction in its “nonstrategic” nuclear systems also. The US even retired the nuclear Tomahawk Land Attack Cruise Missile (TLAM-N) that was deployed on vessels and submarines in the 1980s.

But has it helped the global denuclearisation drive? Well, we don’t think so. China has been expanding its nuclear arsenal. In fact, China wants to double its nuclear stockpile by 2027 and acquire 1,000 warheads by 2030.

Read more: Indo-Pacific has a ‘nuclear’ message for China

China also plans to develop at least 100 Dongfeng-41 strategic missiles. The Dongfeng-41is a Chinese road-mobile Intercontinental Ballistic Missile (ICBM) with a range of 12,000-15,000 kilometers. It can strike the Continental United States and this is why it is a big threat to US security.

Read more: Trump-Putin pre-election meeting could lead to mainstreaming of Russia and it is bad news for China

So, Biden’s denuclearisation drive is quite meaningless and achieves nothing apart from making the US vulnerable.

Make no mistake, the redevelopment of a nuclear sea-launched cruise missile was at the core of the US security apparatus. Due to their high precision and ability to carry large warheads over long distances, cruise missiles offer credible deterrence against adversary forces.

In fact, the SLCM-N can be installed on submarines and surface ships. This helps in installing such missiles on covert platforms. Particularly, in the Indo-Pacific, the deployment of such cruise missiles on undersea platforms can keep China guessing.

For US allies like Japan and South Korea who face a major threat from China, an American nuclear sea-based cruise missile project was critical. These countries find it politically contentious to host US nuclear systems on their soil. However, if US submarines and other Naval assets could carry cruise missiles in their vicinity, they would have assured sufficient deterrence against China’s nuclear threat.

Finally, the SLCM-N could have created an ability to strike its target quickly after receiving an order to execute it. This would have helped the US reduce time delays, which might become critical in a limited nuclear war scenario.

The US is already lagging behind both Russia and China in military modernization, courtesy Biden.

The Biden administration has also been undermining the Space Command set up in the Trump era.

If the US had any advantage left, it was in the form of the redevelopment of sea-based cruise missiles. However, Biden has torpedoed this project too, leaving the US military in a rather deficient state to meet the China threat.

Japan’s EV industry is now at China’s mercy. Thanks to sanctions on Russia