Indo-Pacific has a ‘nuclear’ message for China 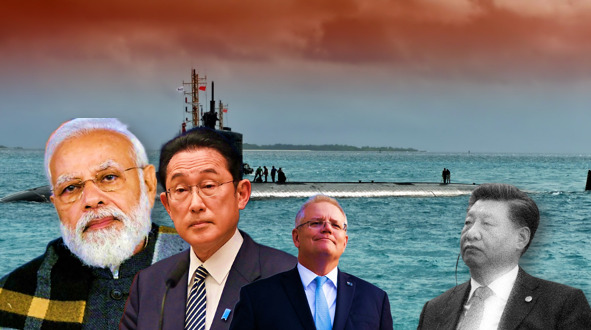 For Ukraine, Putin’s war carries a significant message — if you are fighting with nuclear power, you need nuclear weapons of your own. Ukraine had given up its nuclear arsenal in return for security assurances that weren’t upheld.

Once Russia made the threat of a nuclear war, it became clear that Kyiv was on its own. The US nuclear umbrella became meaningless. Therefore it becomes critical for Southeast Asia, India, Australia, and East Asia to counter China’s nuclear hegemony.

China had tested its first nuclear device in 1964. Since then, Beijing adhered to a policy of minimum deterrence that meant acquiring just enough nuclear weapons to create a deterrent effect.

Today, China has 550 nuclear warheads that pale in comparison to 5,500 US warheads and 6,000 Russian warheads. Yet, within the Indo-Pacific, China’s nuclear arsenal has become a threat in itself given the Communist country’s expansionist policies.

Also, China is planning to expand its nuclear arsenal. According to the US Department of Defense, China wants to double its nuclear stockpile by 2027 and acquire 1,000 warheads by 2030.

A nuclear arms race in the subcontinent

Therefore, India needs to match up to China’s nuclear expansion ambitions. India has an estimated 156 nuclear warheads. New Delhi cannot run the risk of staying far behind China in terms of the number of nuclear warheads. If China amasses thousands of nuclear warheads, India will also need to expand its nuclear stockpile substantially in order to retain a deterrent effect against Beijing.

Meanwhile, both South Korea and Japan have indicated a desire to go nuclear. South Korea’s President-elect Yoon Suk-yeol is a China hawk. Re-deployment of American tactical nuclear weapons was one of Yoon’s poll planks.

But given how the US nuclear umbrella is becoming useless, Yoon may have to amass indigenous nuclear weapons for South Korea.

On the other hand, Japan is realizing the risks of co-existence with a nuclear-armed China. Former Japanese Prime Minister Shinzo Abe, who still carries a lot of political influence in his country, had recently said Japan should consider a nuclear-weapons sharing agreement on par with that of NATO member states.

Read more: Ukraine and Beyond: Two statements of Shinzo Abe that change everything

Australia and Taiwan may have to go nuclear

Taiwan understands that it is broadly in the same position as China, as Ukraine is to Russia.

Therefore, Taiwan is racing against time to strengthen its defenses. For Taiwan, a shortcut to independent existence would be to mass nuclear warheads. This will deter a Chinese invasion given the heavy costs that Taiwan may be able to inflict in case of a Chinese military misadventure.

Down under, Australia is facing the China threat. Last year, the CCP-run Global Times stated, “Nuke sub deal could make Australia ‘potential nuclear war target’,” in a reference to the AUKUS deal. So, it won’t be far-fetched to say that Canberra too might have to consider the nuclear option to keep Beijing at bay.

Meanwhile, Southeast Asian nations fear that China could be emboldened to push the envelope in the South China Sea. After all, if Russia got away with the Ukraine invasion, China could get away with similar actions in Southeast Asia. ASEAN countries haven’t considered the nuclear option. But this could change very quickly.

IFG Meaning with Explanation and Definition