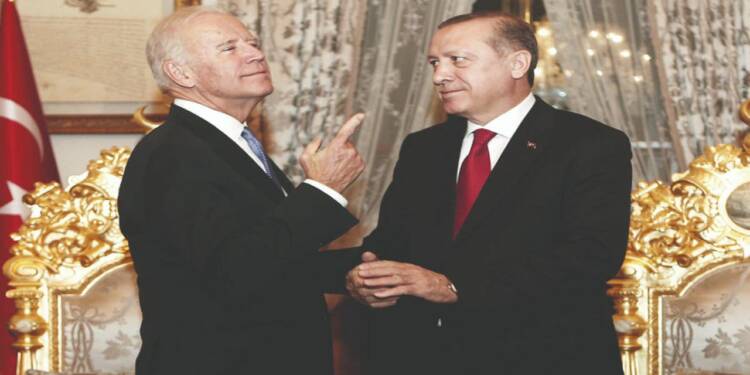 Recep Tayyip Erdogan, the Turkish president, is the latest addition to the ever-growing roster of foreign leaders who engage in realpolitik.

Turkey recently concluded the trial over the 2018 killing of columnist Jamal Khashoggi and transferred the case to Saudi Arabia, thus removing a major stumbling block between Turkey’s and Saudi’s relations.

Because the 26 Saudi nationals arrested in the case are not present on Turkish soil, no testimony from them could be gathered, and the case remained unresolved.

As a result, the Istanbul-based court agreed to transfer the case to Saudi authorities in Riyadh.

The fact that the decision was announced before Erdogan’s visit to Saudi Arabia has gobsmacked everyone. This could be perhaps part of Erdogan’s larger strategy to charm the Arab country.

A shift in Erdogan’s stance

Prior to the Arab Spring uprising in 2011, Turkey and Saudi Arabia had strong relations. However, just after the resistance movement, things took a drastic turn.

Tayyip Erdogan hailed the new governments formed in revolt-affected areas after the protests ended. The Saudi rulers, on the other hand, saw the uprisings as disruptive.

Saudi Arabia was also dissatisfied with Mohammad Morsi’s (a close supporter of Tayyip Erdogan) victory in Egypt’s first post-Hosni election in 2012. Turkey, on the other hand, was overjoyed. As a result, the division became evident to the rest of the world.

Furthermore, Turkish President Recep Tayyip Erdogan blamed Saudi Arabia for the assassination of Saudi journalist Jamal Khashoggi at the Saudi consulate in Istanbul in 2018. Erdogan claimed that the order for the murder came from the Saudi Kingdom’s “highest levels” and demanded that the killers be brought to justice by the international community. This episode was viewed as a huge rift between the two countries.

However, the transfer of the case to Saudi Arabia is the latest sign that Ankara is attempting to mend fences with Riyadh after years of animosity.

Years of diplomatic Isolation between the two countries seem to have come to an end. Turkey is seeking a detente with the Gulf states in recent months, in the hopes of attracting investment from the oil-rich region to help it overcome its economic troubles.

A great deal of humiliation for Joe Biden

For the past 75 years, the United States had relied on Saudi Arabia to counter Iran. America had considered Saudi as an intelligence partner in the fight against terrorist groups, and as a dominant investor with a massive sovereign wealth fund.

When Biden hinted at actively partnering with Turkey and Iran during his presidential campaign, the alliance began to fray.

Joe Biden and Tayyip Erdogan found some common ground in the matter of Jamal Khashoggi’s murder in order to isolate Saudi Arabia.

Joe Biden stated during the campaign that by sanctioning Saudi Arabia for the murder of Jamal Khashoggi, the US will slowly but surely teach the Arab monarchs a lesson. He stated, “We were going to make them pay the price, and make them the pariah that they are.”

Turkey’s refusal to transfer its Russian S-400 armaments, which the US claimed presented a security threat to NATO, caused a jolt in US-Turkish relations.

Despite the United States’ repeated attempts to terminate the contract, Turkey purchased the system and played Biden deftly.

Many even saw Erdogan’s transfer of the 2018 case of Jamal Khashoggi’s murder to Saudi Arabia as an attempt to humiliate Biden after he was refused a meeting at the NATO summit in Brussels in 2022.

Furthermore, Turkey’s economy has been in bad shape since the coronavirus outbreak, and the country is currently experiencing significant inflation, which is causing concern.

It is reasonable for Tayyip Erdogan to prefer, ahead of his elections, to resuscitate Turkey’s debt-ridden economy by increasing economic links with Arab countries.

Turkey’s reconciliation with the United Arab Emirates (UAE) last year resulted in the opening of billions of dollars in potential business.

The United Arab Emirates, a small but significant oil and business powerhouse, agreed to a $4.9 billion currency swap with Turkey, providing much-needed support to the currency’s falling value.

So, with prior experience, Turkey is now siding with the anti-Biden Arab coalition to realize its economic objectives, further isolating the US in the Middle East.

The American policies (foreign and domestic) under the Biden administration have been absolute catastrophes, as evidenced by rising inflation, the Afghanistan folly, the Covid management fiasco, unsuccessful attempts to limit the Russia-Ukraine war, democratic infighting, and so on. Erdogan’s latest rebuke is yet another addition to a continuous series of Biden’s failures.