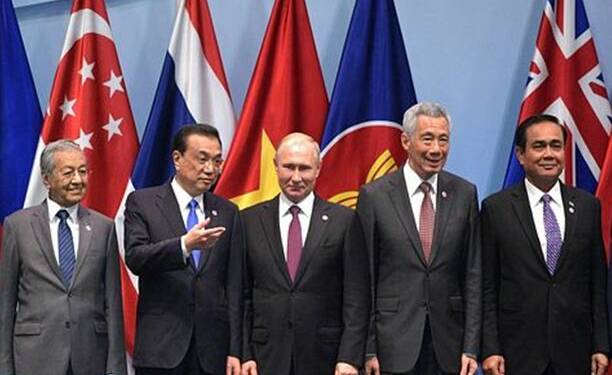 Russia has been an all-weather friend of India. The bilateral relations between India and Russia have stood the test of time and have been rock solid over the years. Both share dynamic ‘strategic relations’ which have evolved, strengthened and deepened over time. Even during the China-India skirmishes at Galwan valley (2020), Russia unwittingly became a major player.

With tensions rising, India requested fighter jets, arms, and ammunition from Russia on an emergency basis. However, Beijing had urged Russia not to sell arms to India. Russia, on the other hand, ignored Dragon’s requests and accelerated its arms export to India, infuriating China. Moreover, Russia spurned China by suspending the delivery of S-400 missiles to China.

This incident of Russia assisting India in countering China has boosted the hopes of many nations in the Indo-Pacific region, who see China’s rise as a major threat to their security. China has pursued an aggressive expansionist policy. It recently militarised three islands in the South China Sea, and a security pact with the Solomon Islands was later revealed. This has caused concern among nations in the Indo-Pacific region.

Furthermore, history shows that in times of adversity, the United States has proven to be an untrustworthy partner for countries such as India. As a result, it is only natural for the Indo-Pacific countries to seek Russian assistance in containing Beijing’s geopolitical assertiveness.

They are concerned that China will invade the smaller countries in order to vindicate all of its claims in the South China Sea. The Chinese have already stated that if necessary, they will take over Taiwan by force. They can also exert pressure on Japan regarding the Senkaku Islands, which the Chinese refer to as Diaoyu and claim as their own. In the midst of this, these countries see Russia as a more reliable partner when it comes to supplying arms to them during times of crisis. The majority of such nations have solid security ties with Russia.

For example, Vietnam is heavily reliant on Russia for arms and ammunition. It also signed an agreement with Russia last year to expand cooperation on military trade and technology. Nonetheless, Vietnam has a long and bloody history of conflict with China, and in recent years, there have been massive anti-China protests in Vietnam. In the midst of this, Vietnam’s reliance on Russia becomes clear. In fact, Vietnam has refrained from criticising President Putin’s actions during the Russia-Ukraine conflict.

Other countries in the region, such as Indonesia, the Philippines, Malaysia, Myanmar, and others, have become almost entirely reliant on Russia for their defence needs. In fact, only after Russia’s approval, India and the Philippines recently signed a BrahMos missile (Russia-India joint venture) agreement.

Russian transactions are straightforward. Unlike the United States, the deals have few terms and conditions. When it comes to dealing with the US, these countries struggle because the US imposes many terms of service, including how the country handles human rights issues, and so on. As a result, the United States becomes a difficult defence companion in that case.

As a result, Russia, rather than the United States, is regarded as a trustworthy ally in defence transactions. And, as China’s threat looms in the region, Russia is undeniably a ‘friend in need’ for these nations.