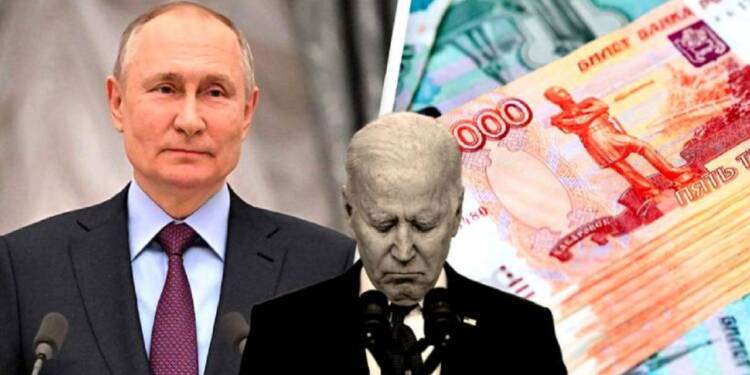 Ever since Russia invaded Ukraine, the Russian Currency Ruble has recovered most of its losses and is now the best-performing currency globally. It has risen 60% against the US dollar from its lows in the first week of March and is currently running at 80.75 against 1 Dollar.

The credit goes to only one man – the President of the United States, Joe Biden. The West was expecting the Russian economy to collapse and drown under the weight of Western sanctions, but Putin outplayed Joe diplomatically.

Joe Biden has been whiningly attempting to destabilize Russia globally and drag the Russian people into economic difficulties for the past 1.5 months. Putin, however, knew how to deal with the old gentleman. 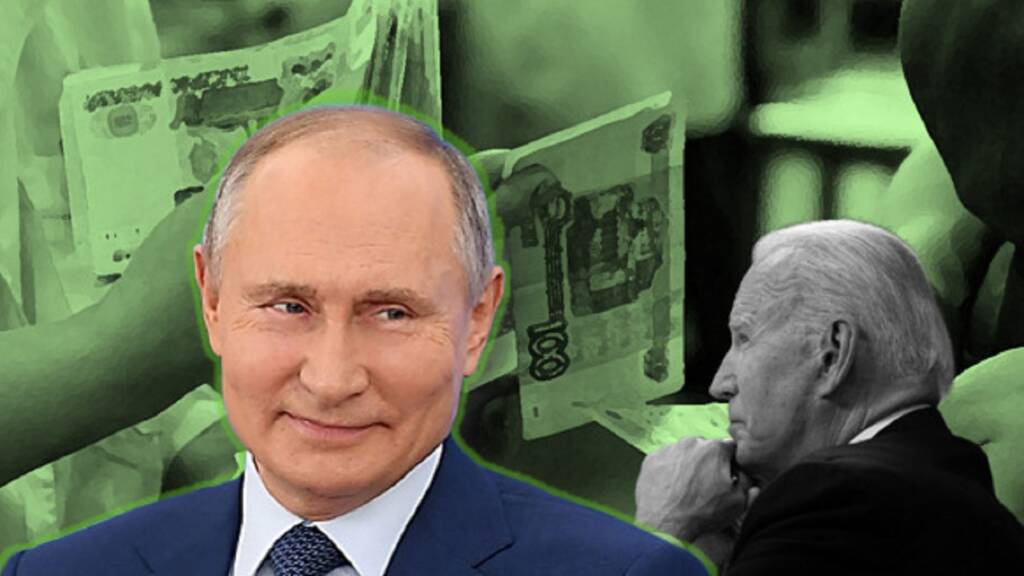 
The US-led North Atlantic Treaty Organization (NATO) had imposed nearly 4,000 economic sanctions against Russia, ranging from the freezing of large banks’ foreign activities to the blacklisting of nearly 300 Russian firms, 500 institutions, and over 3000 individuals.

Following the Western sanctions, on February 24, the ruble fell to historic lows. On March 7, the US dollar was worth 139 rubles. The Russian currency then fell much further as a result of several sanctions.

However the rupture was short-lived. Russia had anticipated the Western attempts to destabilize its currency well in advance and the situation was immediately taken over by the Russian authorities.

Activated Central Bank in war mode: On the day of the invasion, the Bank of Russia, Russia’s central bank put USD 1 billion into the Ruble to strengthen it. The bank also bought millions of Rubles to keep the Moscow stock exchange from collapsing and to support the currency. Also, the benchmark interest rate was increased to 20%. The bank also enforced capital controls and prohibited foreigners from selling securities. All Russian residents were barred from transferring foreign currency abroad.

Announced Gold Standard: Russian central bank also announced that it will put the Ruble on the gold standard. The bank pegged 1 gram of gold to 5,000 rubles, which meant, that one ounce of gold (32 grams ) will cost 1,60,000 rubles in Russia. At the current exchange rate, 32 grams of gold would cost roughly $1,600 in Russia.

Challenged the Dollar System: Putin listed “unfriendly countries” and stated that these nations must use Ruble to buy Russian oil and gas, in order to keep the Ruble’s value intact.

Russia also aggressively collaborated with other countries to establish the Ruble exchange system as an alternative to the Dollars in commerce with Russia.

Aatmanirbhar Russia: As a response to the Russian invasion of Ukraine, a number of Western enterprises stopped their business chains and stores. These companies were shown the departure door.

Russians began to establish their own alternate business chains . For eg, after McD decided to discontinue its operations in Russia, the Russians opened its own substitute to McDonald’s – Uncle Vanya’s

The US currency system is itself in jeopardy, with more countries raising concerns about its viability and its own allies backing Russia. Perhaps, it was Biden in some ways, who aided Russia’s economic recovery.

Just look at the Russian economy, which has already rebounded to pre-war levels and was the best performing among the world’s economies last month. This is how Biden’s plan to wreck the Russian economy is working. US goals have been derailed.