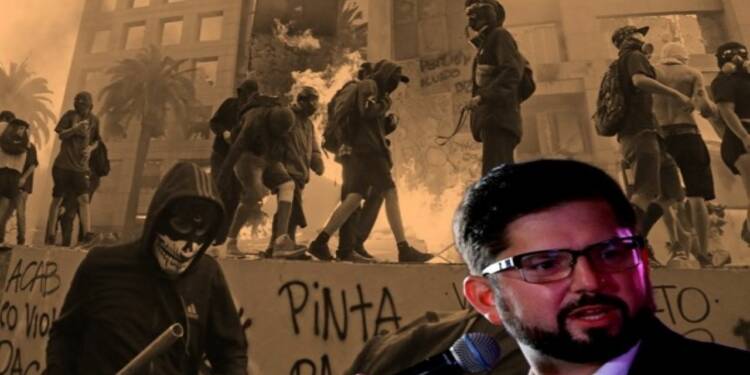 The new President of Chile has been in office for just over a month. He rose to power on the promise of tackling climate change, creating an egalitarian society and promoting an eco-friendly economy. He’s called Gabriel Boric, and he’s just 36 years old. That initially attracted many towards the man, but now, Chile has had just about enough of their one-month-old president. According to new polls, more than half of Chileans now disapprove of Gabriel Boric as their President. For a President who is planning to rewrite the Constitution of Chile by the end of this year, such numbers are definitely not good news.

According to a survey by Santiago-based pollster Activa, disapproval of President Gabriel Boric rose to 57%, up more than 10 percentage points since mid-March when he took office. Meanwhile, his approval rating fell 6.2 percentage points to 28%.

A separate survey did not paint a rosy picture for Gabriel Boric either. According to marketing consultancy firm Cadem, the president’s disapproval rating rose 9 percentage points over one week to 50%. Another survey said the ministerial cabinet’s approval was 24.1% against the previous 28.8%, while its disapproval reached 56.6%.

In what comes as worrying news for Gabriel Boric, 36.8% of the population said it would reject the draft of the new Constitution.

Well, liberal politics can ruin even the best of leaders. Gabriel Boric is young, idealistic and believes in unsustainable politics. A whopping 83 per cent of Chileans said the economy is either stagnated or worsening and over half said the country is heading along the wrong path. According to the Cadem survey, 53 per cent said that the employment situation is either bad or very bad, while 66 per cent had the same views regarding consumption.

Inflation is beginning to rise in Chile, and people are now feeling the pain of electing a man who is simply inexperienced to handle an economy that is reeling under stress. Gabriel Boric is too busy trying to create a tolerant and egalitarian Chile to focus on the economy of the country, leave alone fix it.

Chile is fast entering a phase of stagflation. With economic growth slowing and inflation rising, there is no other way to describe the condition of Chile but to label it as a nation suffering stagflation. The people know what comes next – mass unemployment.

It is very difficult for the most astute and experienced leaders to deal with stagflation. Gabriel Boric’s priority is not the economy. It is climate activism, egalitarianism and tolerance in Chilean society.

The fact that a majority of Chileans have rejected Gabriel Boric as their President within one month of him in office shows how tremendously he has failed in just 30 days. It is rather unusual for a country to reject its elected leader within one month of its presidency. Gabriel Boric seems just incapable of leading Chile. He is exacerbating the woes of the country’s economy, apart from following a liberal line of politics.

Read more: A massive wave of communism had begun sweeping South America, but now, it has hit a dead-end

The people of Chile have shown that they have no interest in their country being made a victim of imported ‘Wokeism’. Gabriel Boric is slowly trying to import a toxic line of liberal politics into Chile. However, the vocal Chilean population have made it clear that they will not tolerate any such nuisance.

LUL Meaning with Explanation and Definition