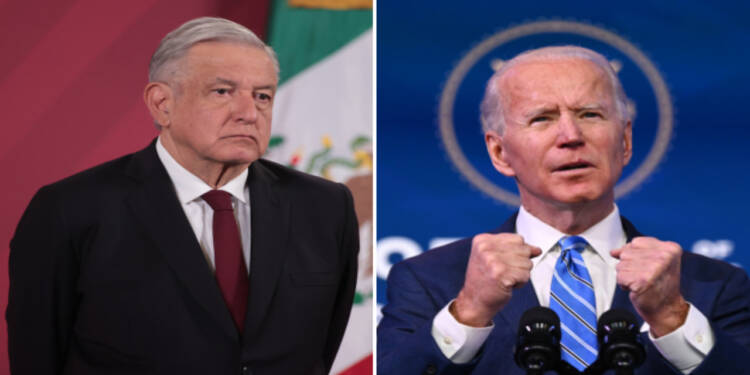 Ties between the United States and Mexico are currently at their lowest. We all know who needs to be thanked for the same – it is Joe Biden and his administration alone. The Biden administration has a thing for colluding with anti-government forces in countries whose regimes it does not like. In Mexico, for example, the Biden administration seems to be colluding with opposition forces to ensure that President Andres Manuel Lopez Obrador’s key legislation fails. It just so happens that President Obrador has refused to be a lackey of the White House, and is taking decisions that will benefit his own country.

This has not really fared well with Joe Biden and some powerful American companies. The Biden administration, and countries in the Northern Hemisphere that toe the White House’s line on all issues have cautioned Mexico against partially renationalizing its power sector.

Mexican President Obrador has brought in legislation that would give a majority stake in the power sector to the country’s Federal Electricity Commission. The Commission will be given 54% of the electricity power market if the proposed legislation successfully gets passed by Mexico’s Congress.

But here’s why the United States is freaking out. You see, President Obrador’s predecessor 2013 reformed the country’s electricity sector, and made it a monopoly where private companies from other countries, mostly the U.S. ruled the roost.

Obrador is looking to break this monopoly. However, this threatens the business interest of many in the United States and other countries. So, the Biden administration seems to be lobbying with Mexican opposition forces to ensure that the legislation fails. It is for this reason that Obrador’s legislation is standing on shaky legs. There is no certainty as to whether the new power reforms will see the light of the day.

On Tuesday, Reuters reported Mexico had disbanded the group that for a quarter of a century worked hand-in-hand with the U.S. Drug Enforcement Administration (DEA) to tackle organized crime. President Andres Manuel Lopez Obrador said the unit was shut down “over a year ago”. He said, “That group, which was supposedly a high-level strategic group, was infiltrated (by criminals).”

Obrador also said he had “put in order” Mexico’s relations with the United States, which he argued had eroded Mexico’s sovereignty in the past.

Called the Sensitive Investigative Units (SIU), the elite group that Mexico has disbanded consisted of about 50 officers who operated in about 15 Latin American countries to combat notorious drug lords and their smuggling rings. The DEA had been training Mexican special anti-narcotic officers since the mid-1990s.

The closure of the elite unit that helped the United States keep drugs off its streets to a large extent has come as a huge blow to the interests of America. However, that is the price one must pay for the blunders of their government. The Biden administration thought it could meddle in the affairs of Mexico without ever having to face the consequences of its actions.

President Obrador, however, has signaled his intent to punish Washington. The closure of the SIU unit will greatly inhibit the United States’ ability to prevent drugs from entering its territory in the first place. Essentially, Obrador has just declared a ‘Narcos war’ against Joe Biden.

Separately, Mexico also holds the trump card of immigrants. If Joe Biden gets on the nerves of Obrador more than he already has, Mexico will not hesitate in waging an immigrant-led war on America.

Read more: Without Trump in the White House, Mexico and Canada take the US for a ride

Earlier, Mexico had officially nationalized its lithium industry, elevating lithium to the category of “strategic mineral”, declaring the exploration, exploitation, and use of lithium to be the exclusive right of the state. The United States and Canada had vociferously opposed the nationalization of lithium as well.

When seen in retrospect, Joe Biden and his administration are responsible for taking ties with Mexico down a dark alley, from which they cannot be recovered in the foreseeable future at least.