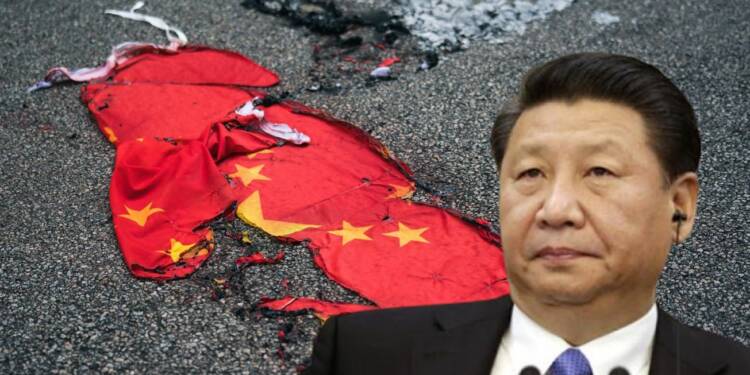 We all know that the Chinese economy is in tatters! The pandemic has razed down its manufacturing sector and exports have nose-dived drastically! Who’s to be blamed for this catastrophe?

Well, last week, the Chinese premier tried to say the unsayable. He covertly blamed Xi’s ‘Zero Covid Strategy’ and economic policies for all the miseries breathing down the lives of Chinese people. His message to his people was clear— China needs to forget Xi Jinping’s policies if the Chinese economy is to be saved.

Well, we have follow-up news for you now!

No! Chinese premier isn’t executed, nor have his organs been extracted from his body and put up for sale; instead, Xi Jinping seems to have issued a veiled apology to the Chinese people. You heard it right! Xi Jinping really walked back his words on Thursday and suggested that he may soon roll back his ‘Dual Circulation Policy’ very soon!

Jinping signalled the rollback of the ‘Dual Circulation Policy’

Speaking to the hundreds of delegates at the opening of the Boao Forum for Asia, Jinping said, “all countries are boarding the same boat with a shared destiny, and must unite to sail through stormy seas for a bright future.”

What Xi Jinping further said was actually a sly admission that he has been knocking on the wrong door so far to remedy the bruised and battered Chinese economy. Jinping said, “In today’s world, any unilateralism and extreme egoism are fundamentally unworkable. Any decoupling, cutting off supplies, and extreme pressure are fundamentally unworkable.”

Well, that’s another way of saying, “Sorry my poor countrymen! I got it wrong all along.” It was a veiled admission that China’s Dual Circulation Policy was an epic blunder from day one, and recoupling was the only way forward.

It was an attempt to fuel Chinese economic growth by banking on the domestic demand and domestic manufacturing sector. This way, China thought it could insulate its economy from Western tremors by ending its reliance on exports to the rich western nations.

In short, this was the Chinese version of the decoupling campaign that former US President Donald Trump set in motion during the years of his power.

Guess what! The pandemic came and truly knocked up the Dual Circulation strategy ruthlessly. Chinese factories got locked up, production plunged and people lost their jobs. A home-grown, self-dependent economic regime, that once Xi aspired, never came to fruition.

Xi strives to “recouple” with the West

So, Xi Jinping is now striving to re-integrate the Chinese economy back into the West. In a speech made on Thursday, he brushed aside the economic decoupling plan and called the Western nations for increased economic cooperation.

Jinping has realized only the West can save China’s economy. And he has taken numerous steps over the past few days to secure favours from the Biden administration.

For example, China recently changed its financial laws to allow the US auditors to access the financial statements of Chinese companies, thus resolving the decades-old dispute between the two economies. China has also adopted a toughened stance against Russia in order to woo the US and its lackeys around the world. For instance, China this week stopped UnionPay support to Russia and also terminated its space ties.

Blinded by its hatred for Russia, the Biden administration also seem to have understood China’s economic pain quite sympathetically. Recently, Deputy National Security Adviser Daleep Singh suggested the United States could lower tariffs imposed on a host of non-strategic Chinese goods such as bicycles or apparel to help combat inflation. All in all, Xi has now completely abandoned his flawed Dual Circulation Policy to revive China’s economy, and his friend in the White House is ensuring the new policy becomes a success, even if it costs the US its national security and financial independence.

Europe is secretly importing oil from Russia in ‘ghost ships’